Wittayu junction was still opened only one lane in the morning like yesterday. There was a set of tires and sand bags blocked two lanes of Thai – Belgium bridge (like yesterday, again). 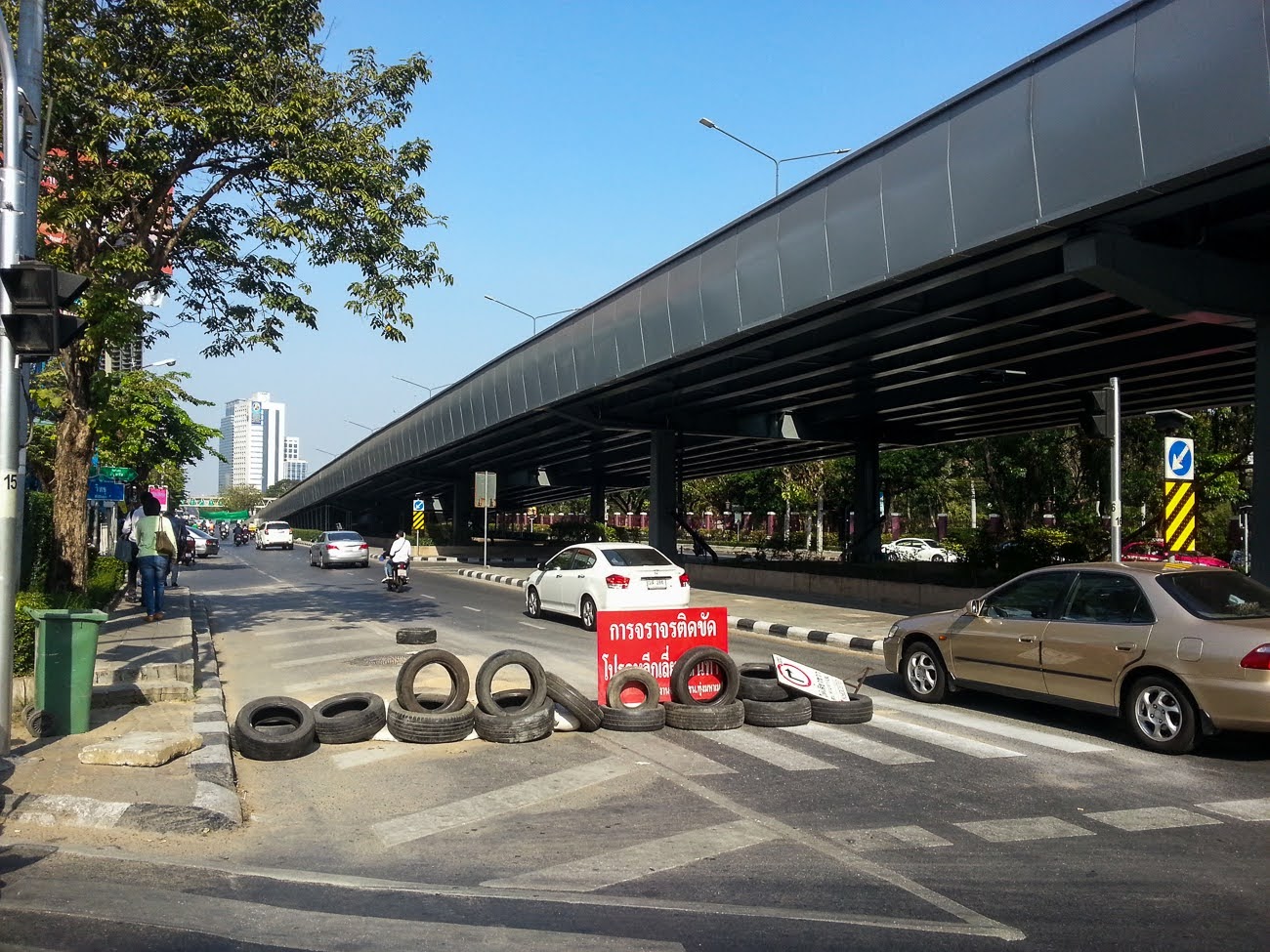 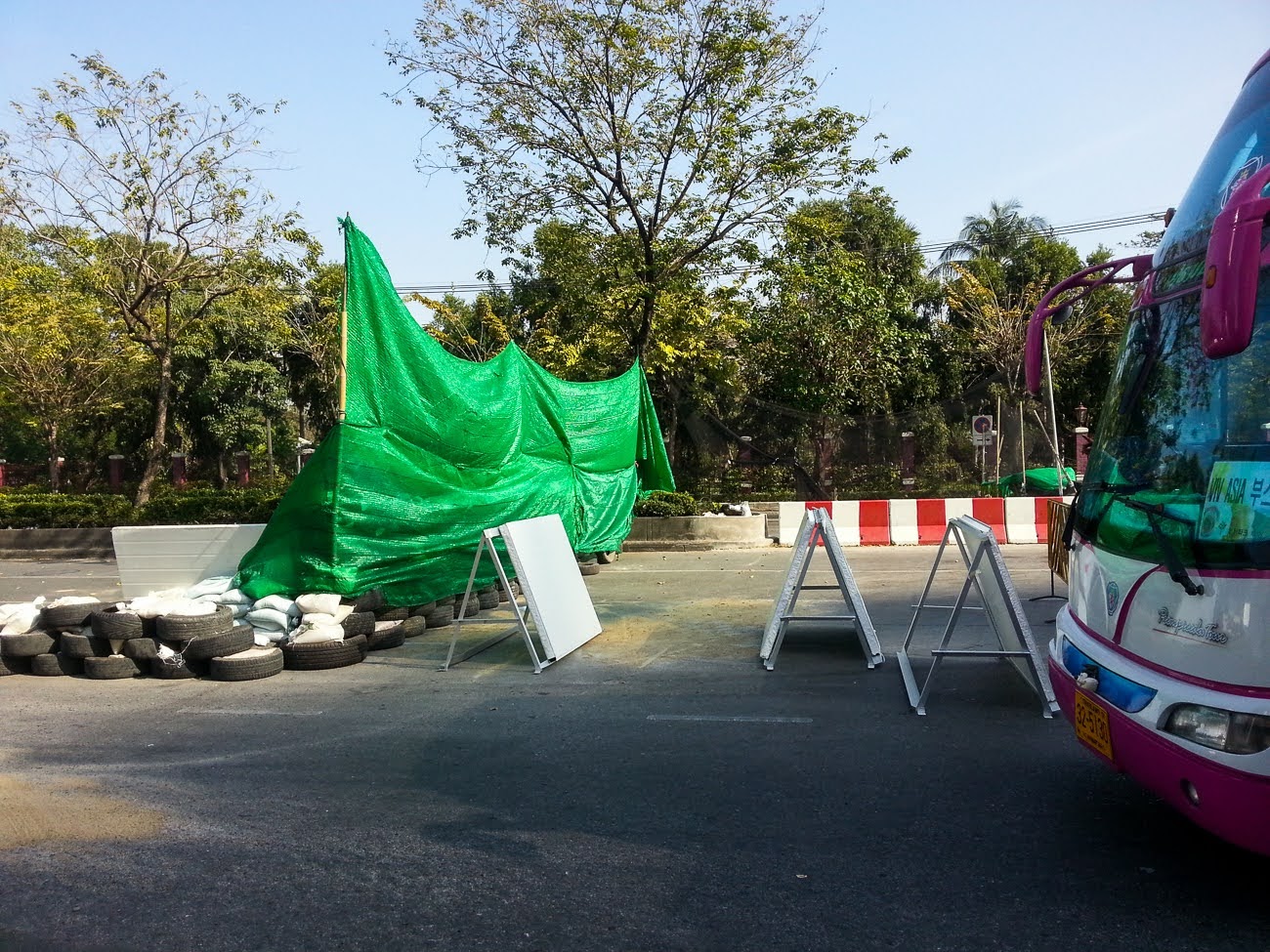 The large group of protesters marched on Rama IV road to Lumpini Park in the evening. A lot of office workers joined and cheered the protesters on the footpath. Some people took a selfie of themselves with the protesters. 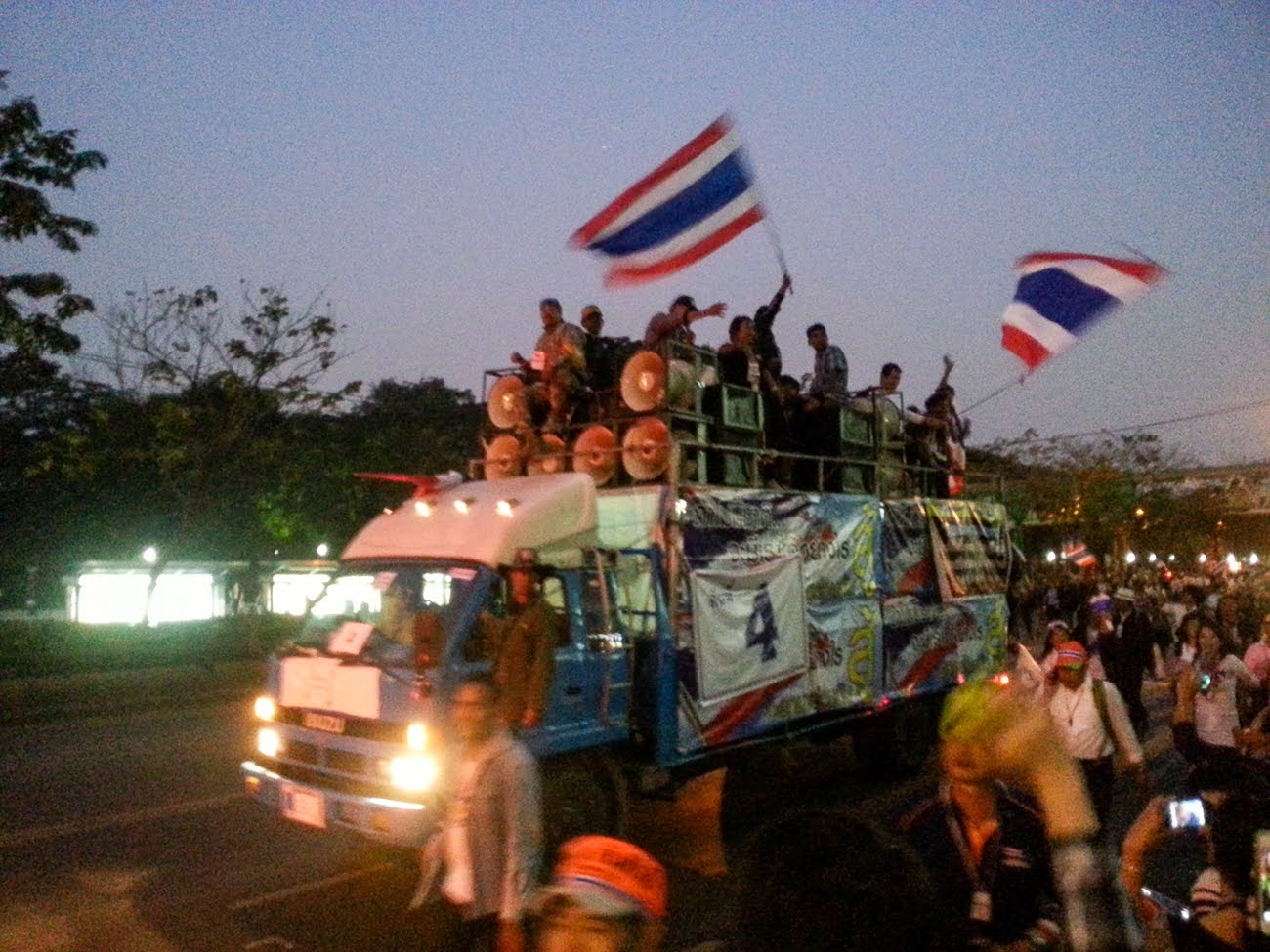 The protesters and the office workers keep shouting “Thaksin/Yingluk get out”, “Thaksin be jailed” 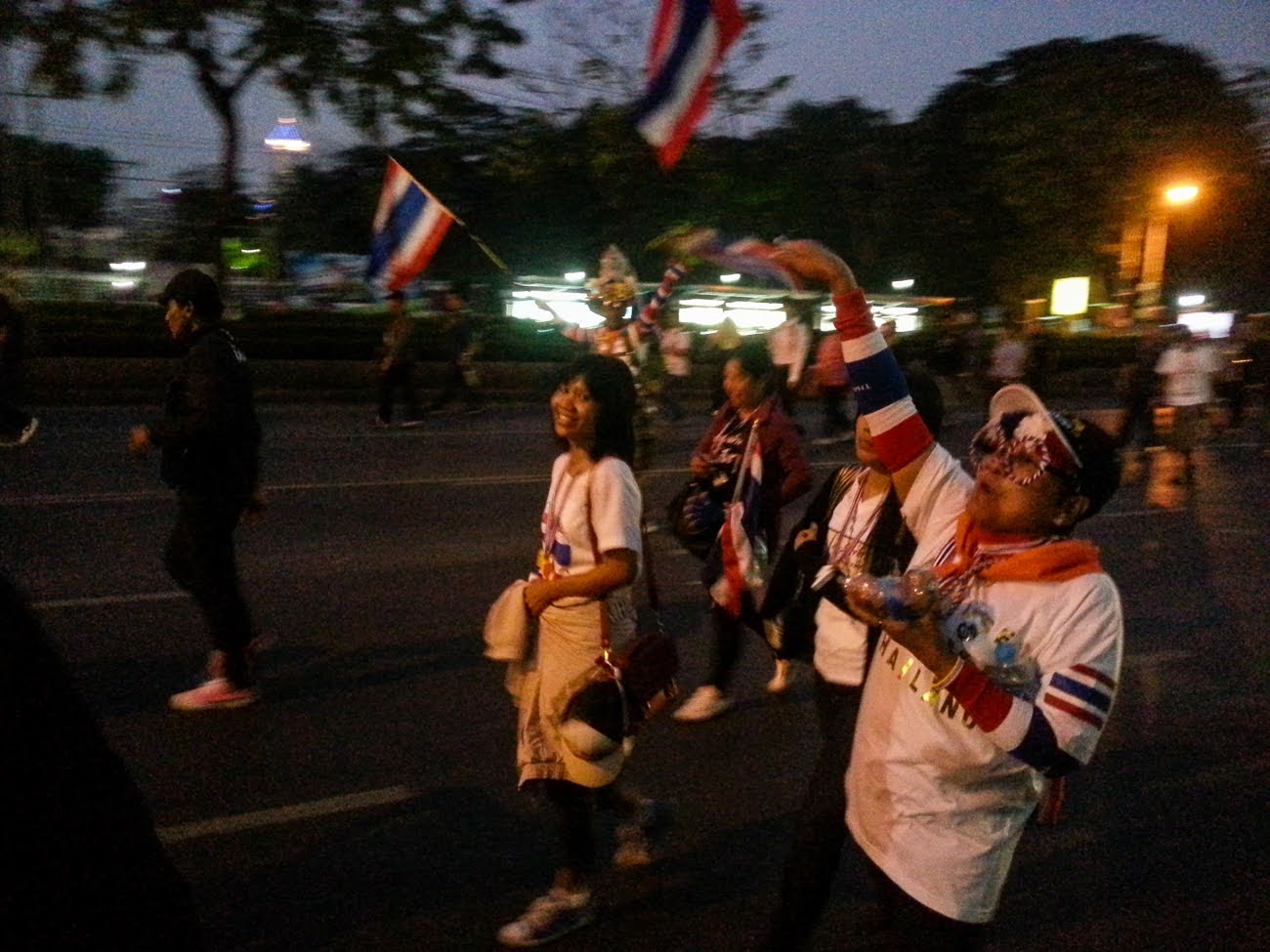 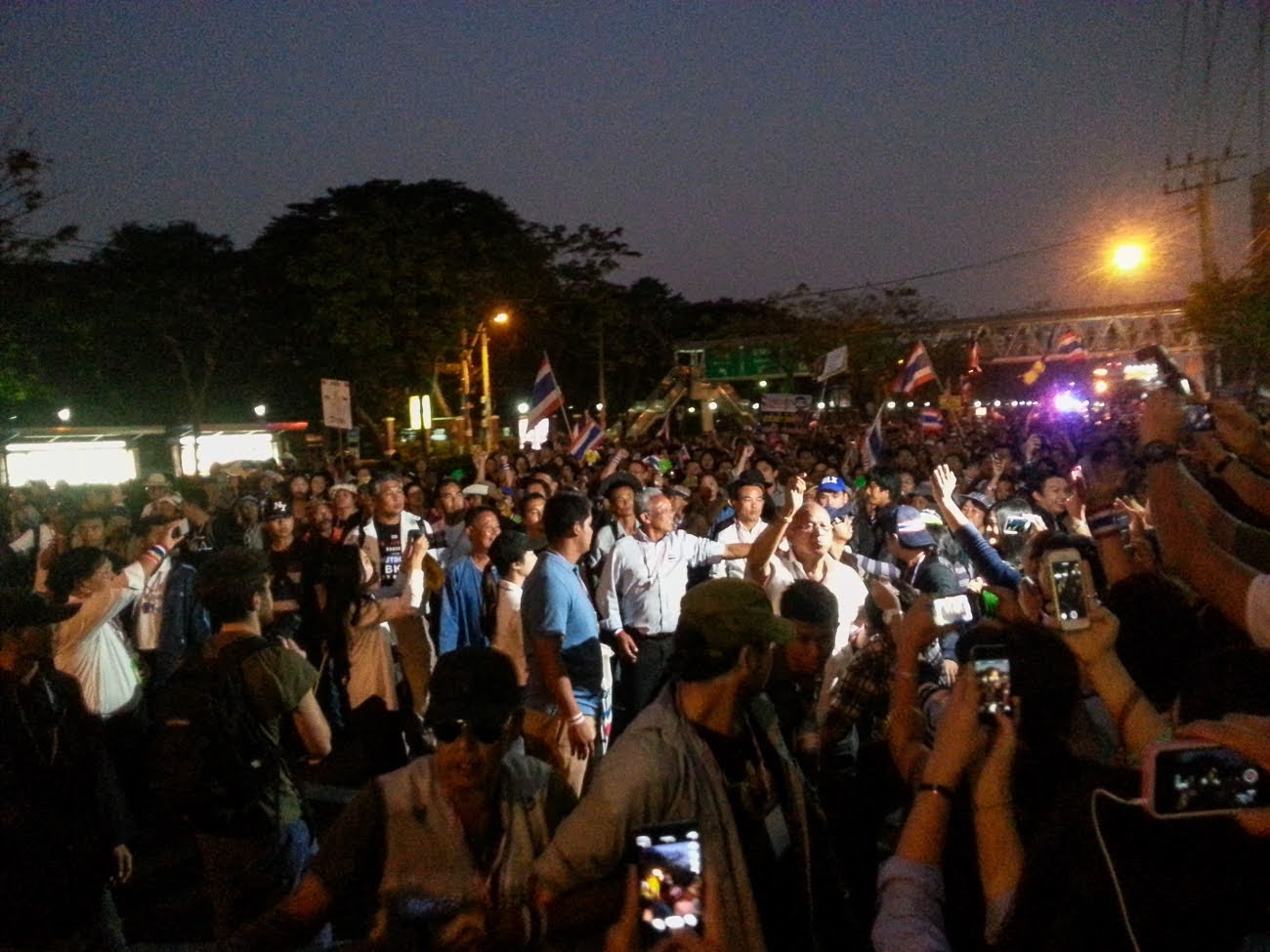 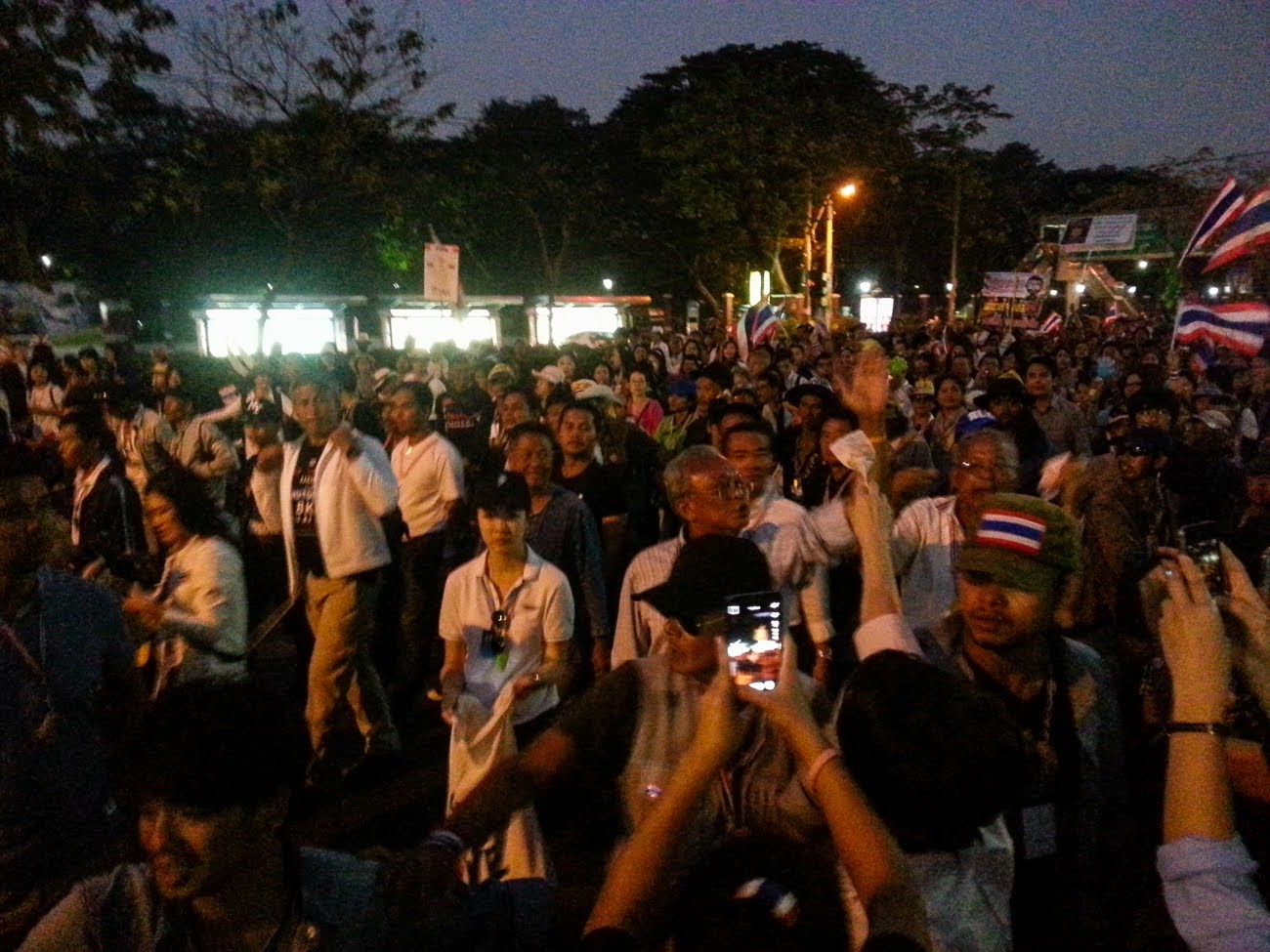 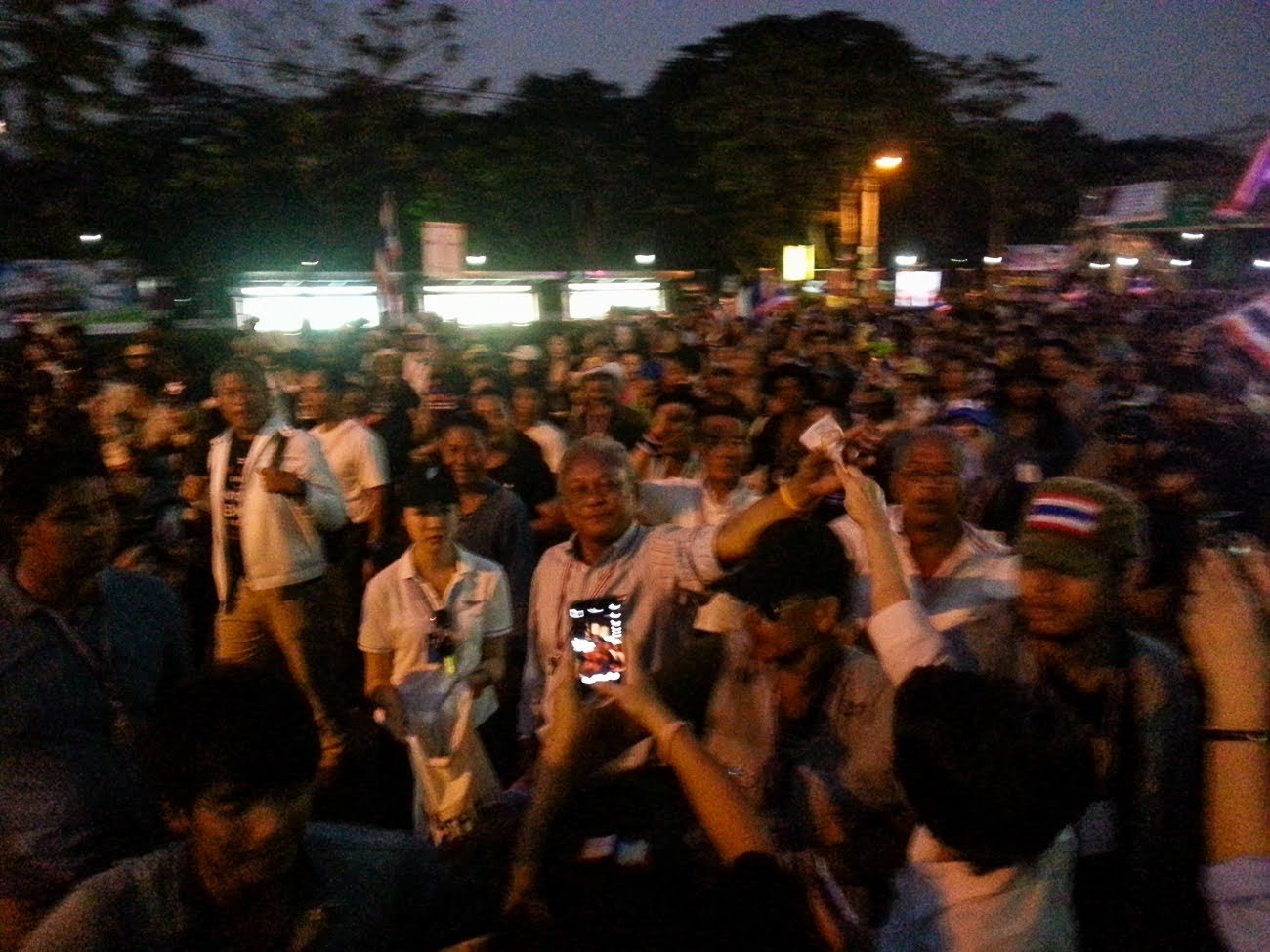 Some people gave their money to Suthep.

The protesters walked, rode their motorcycles/bicycles or with their cars. 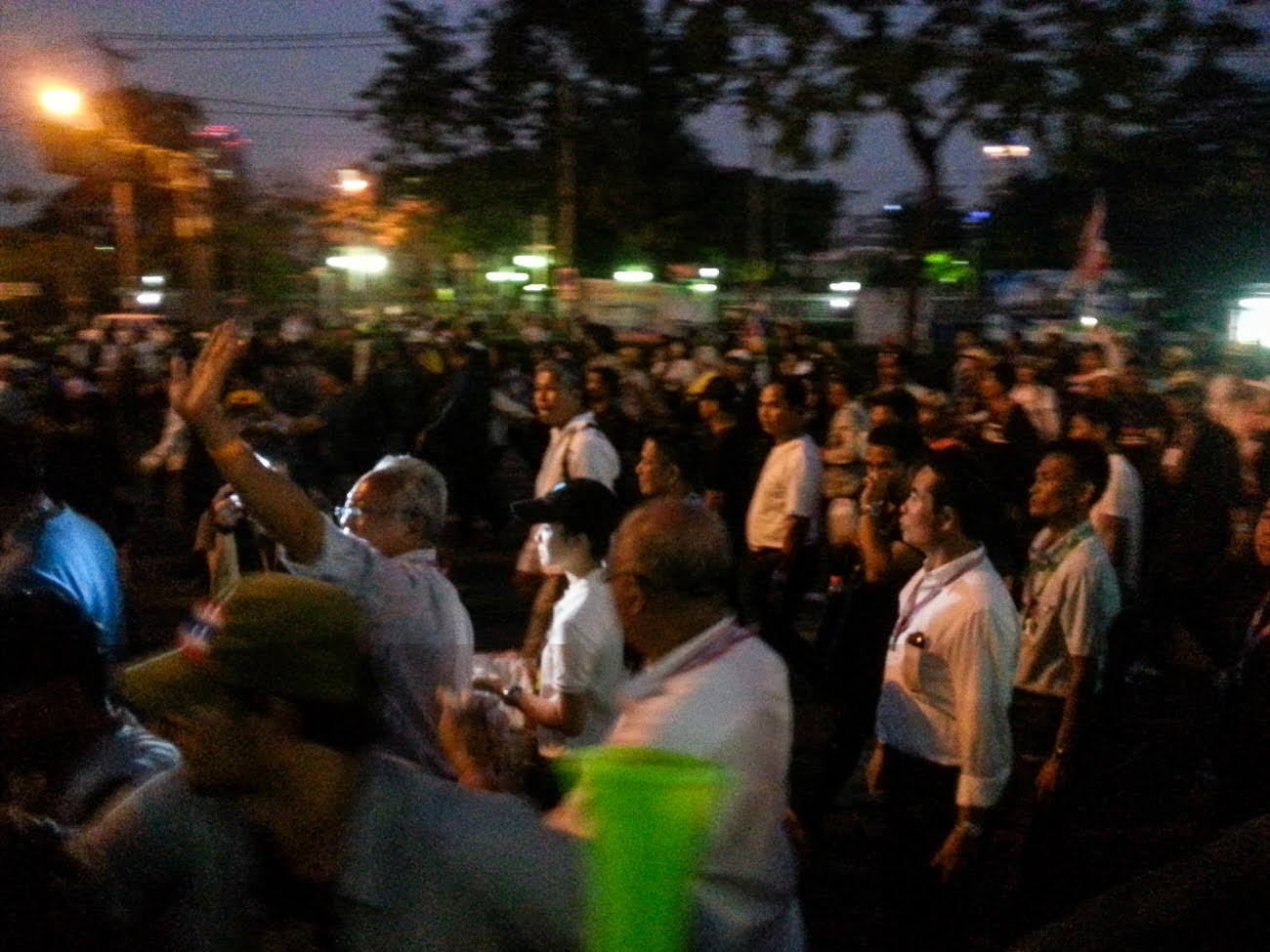 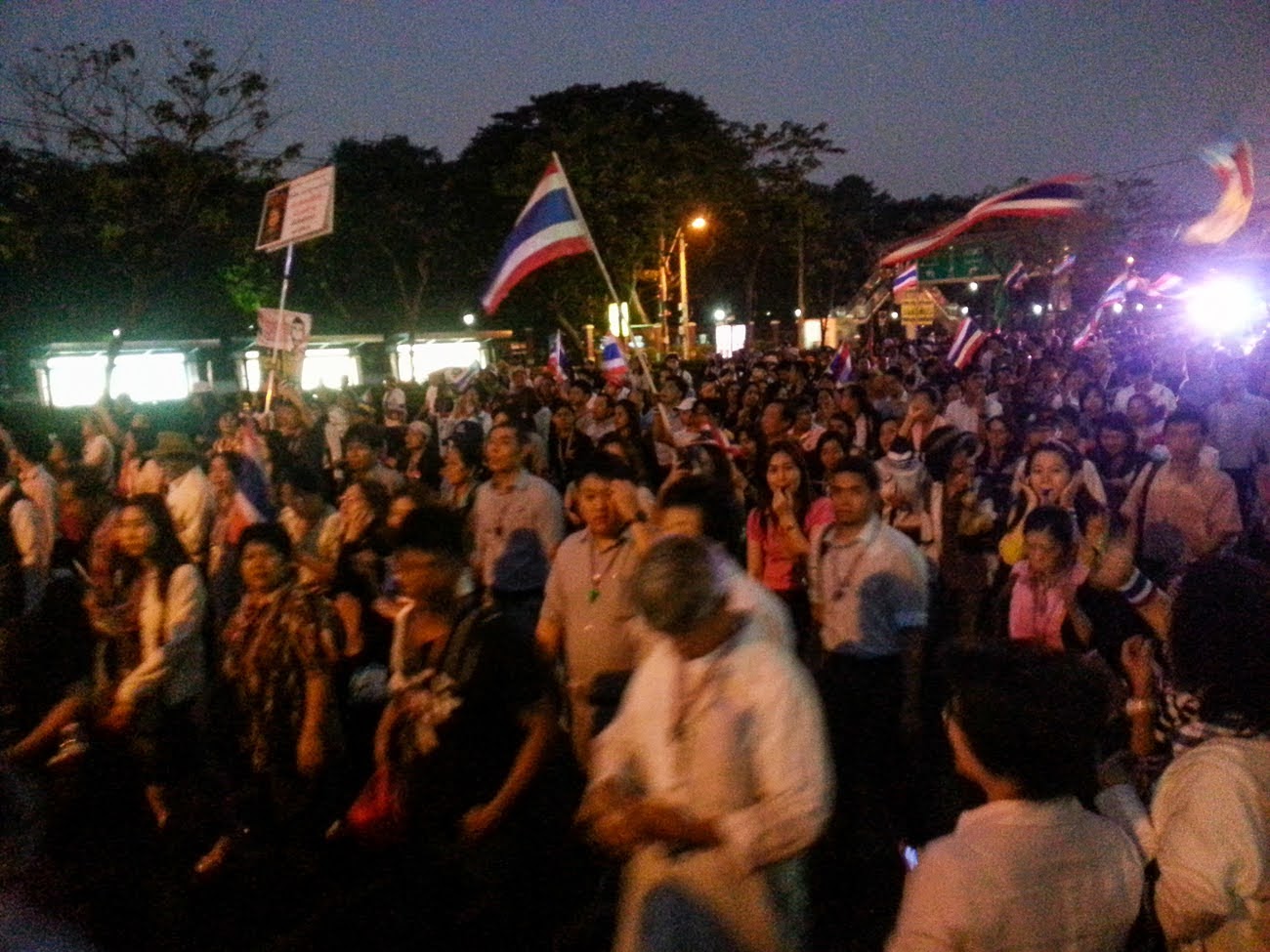 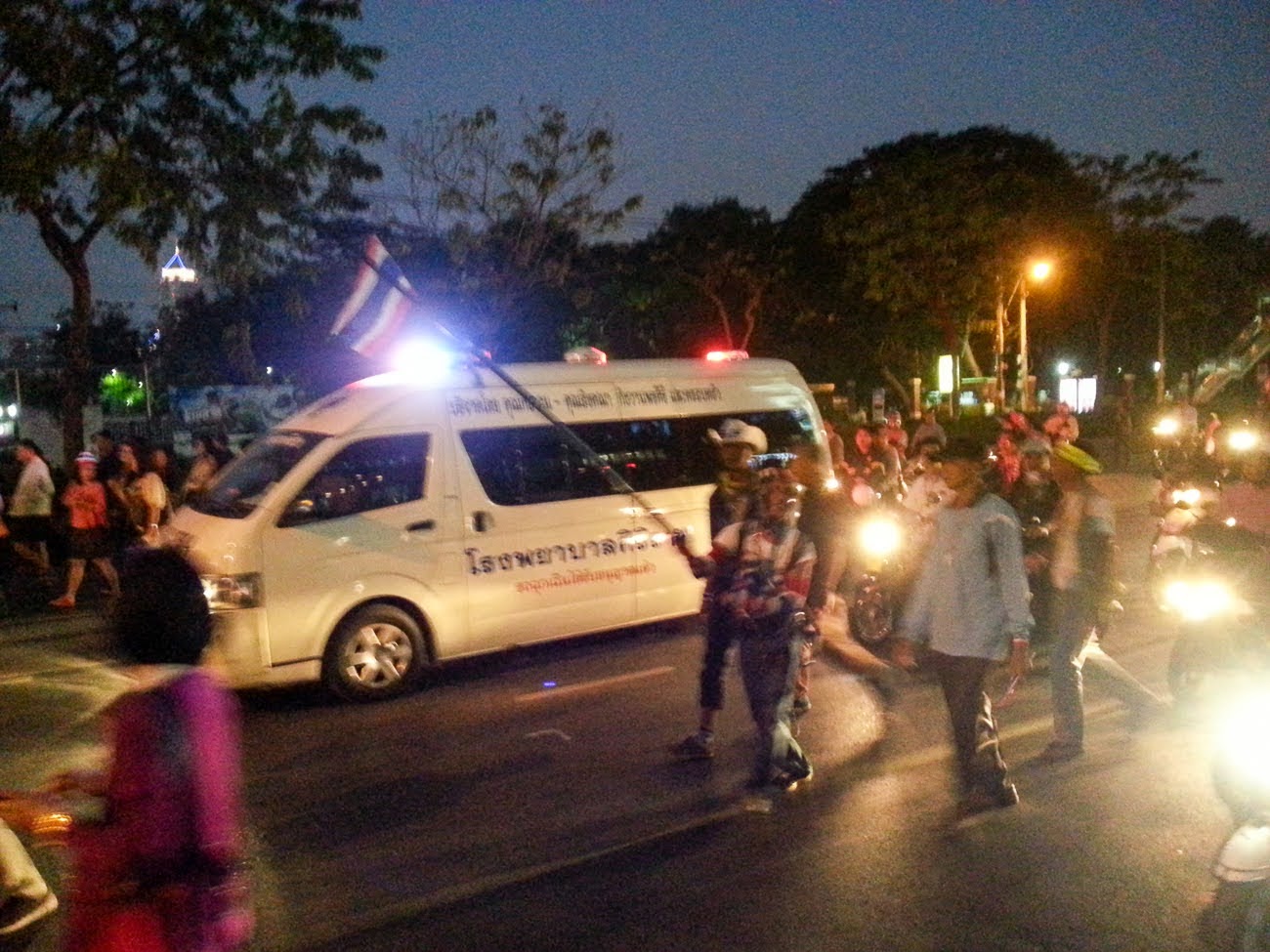 Their ambulance car was in the middle of the protesters. 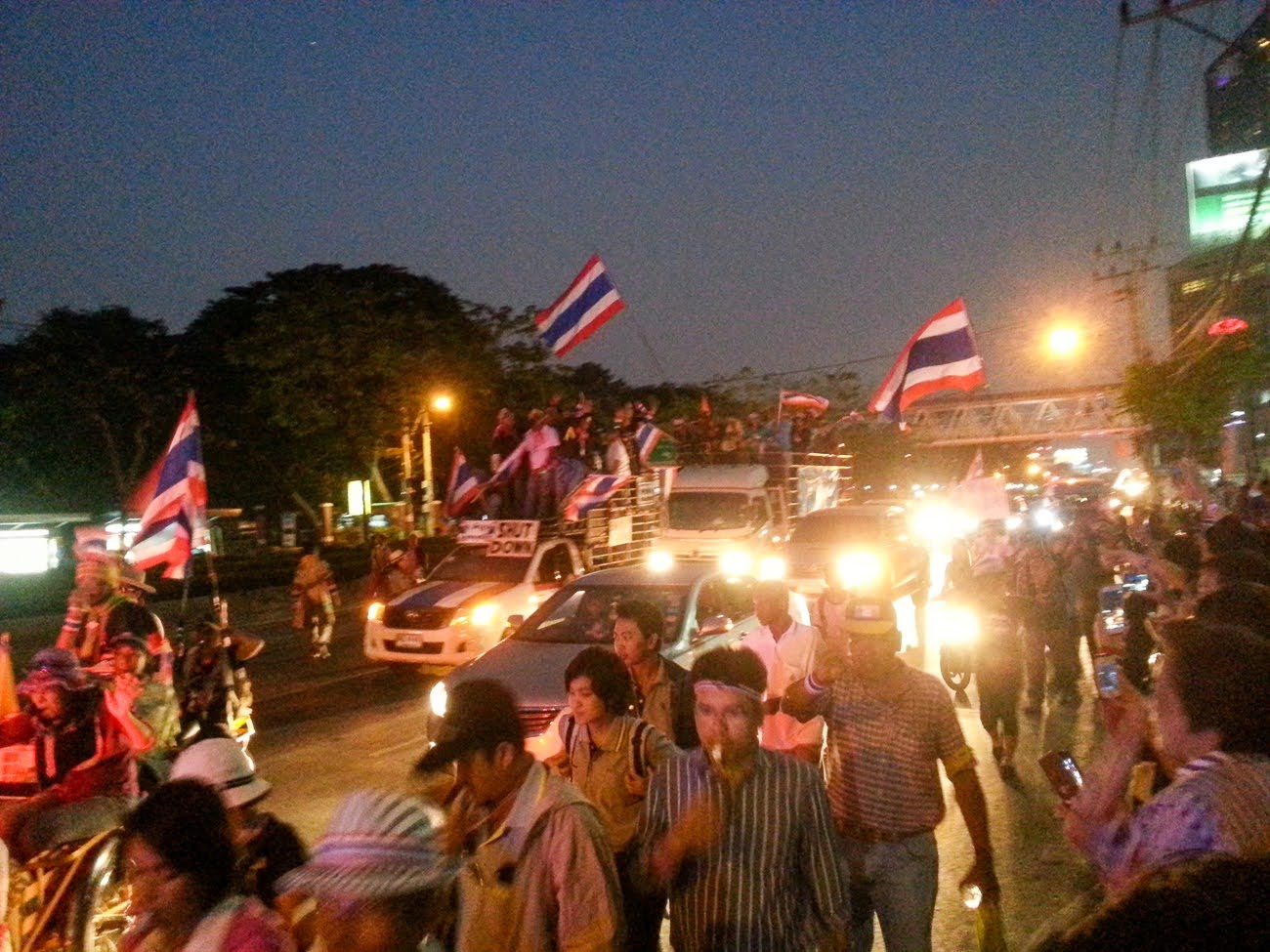 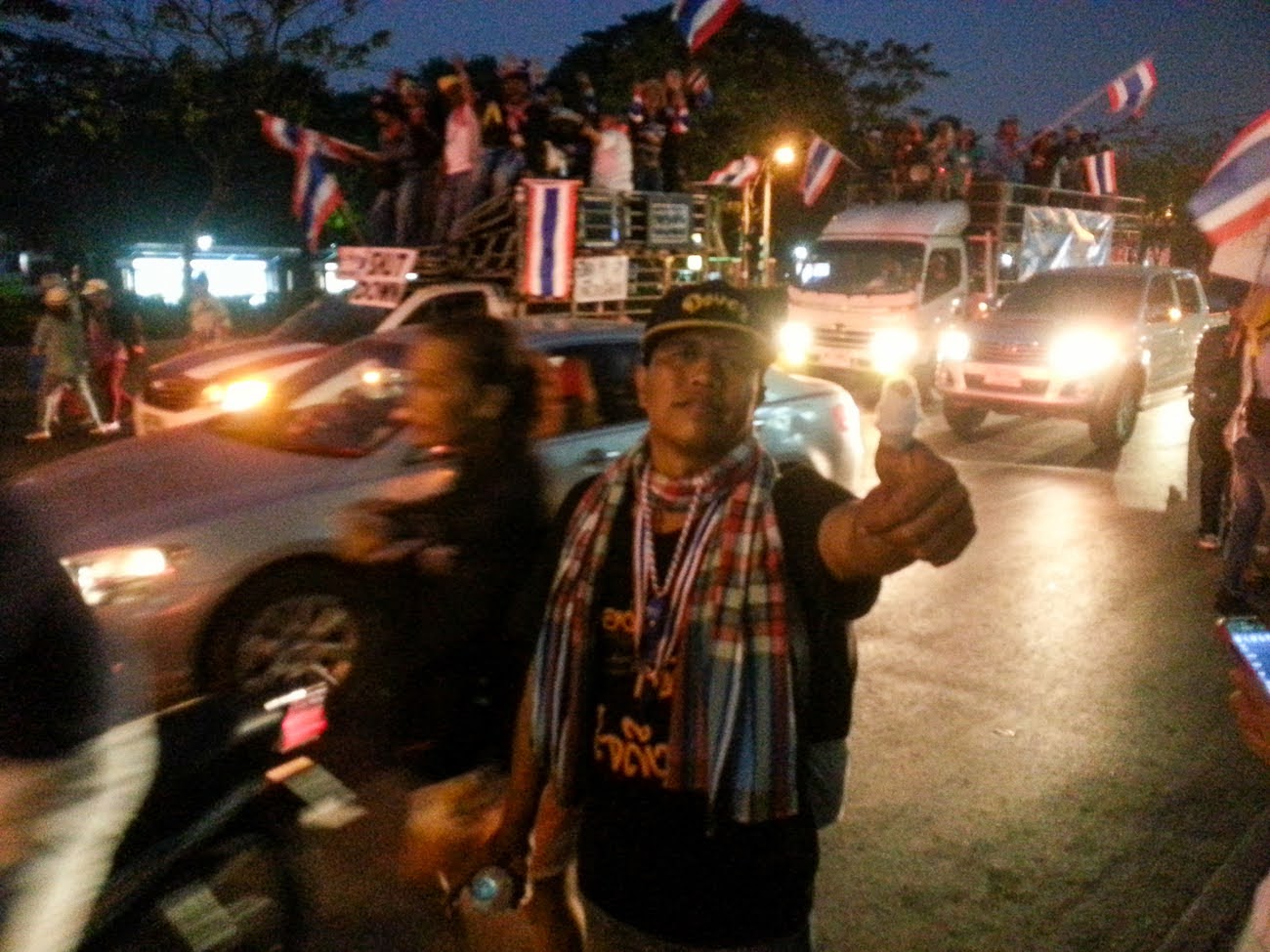 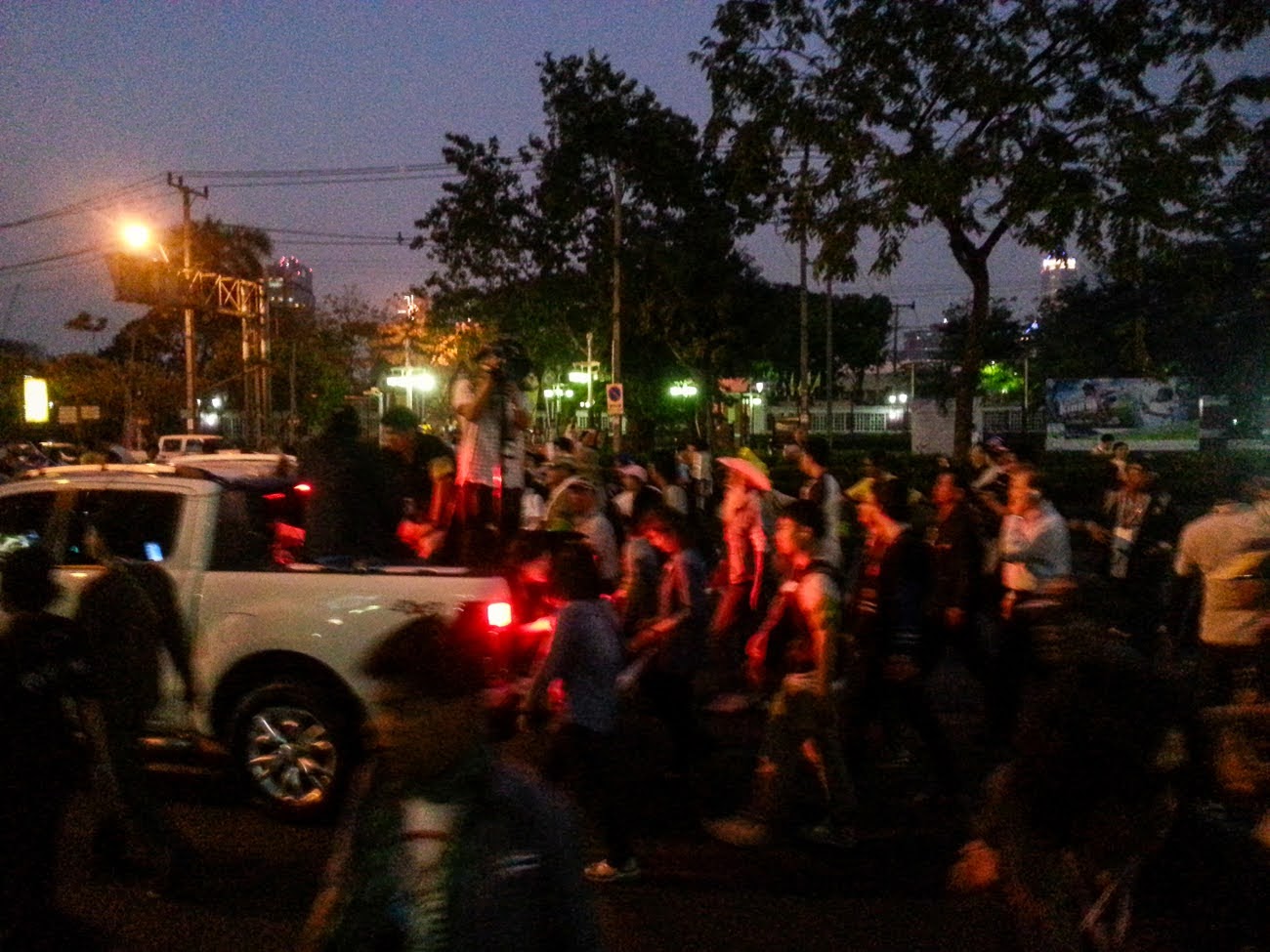 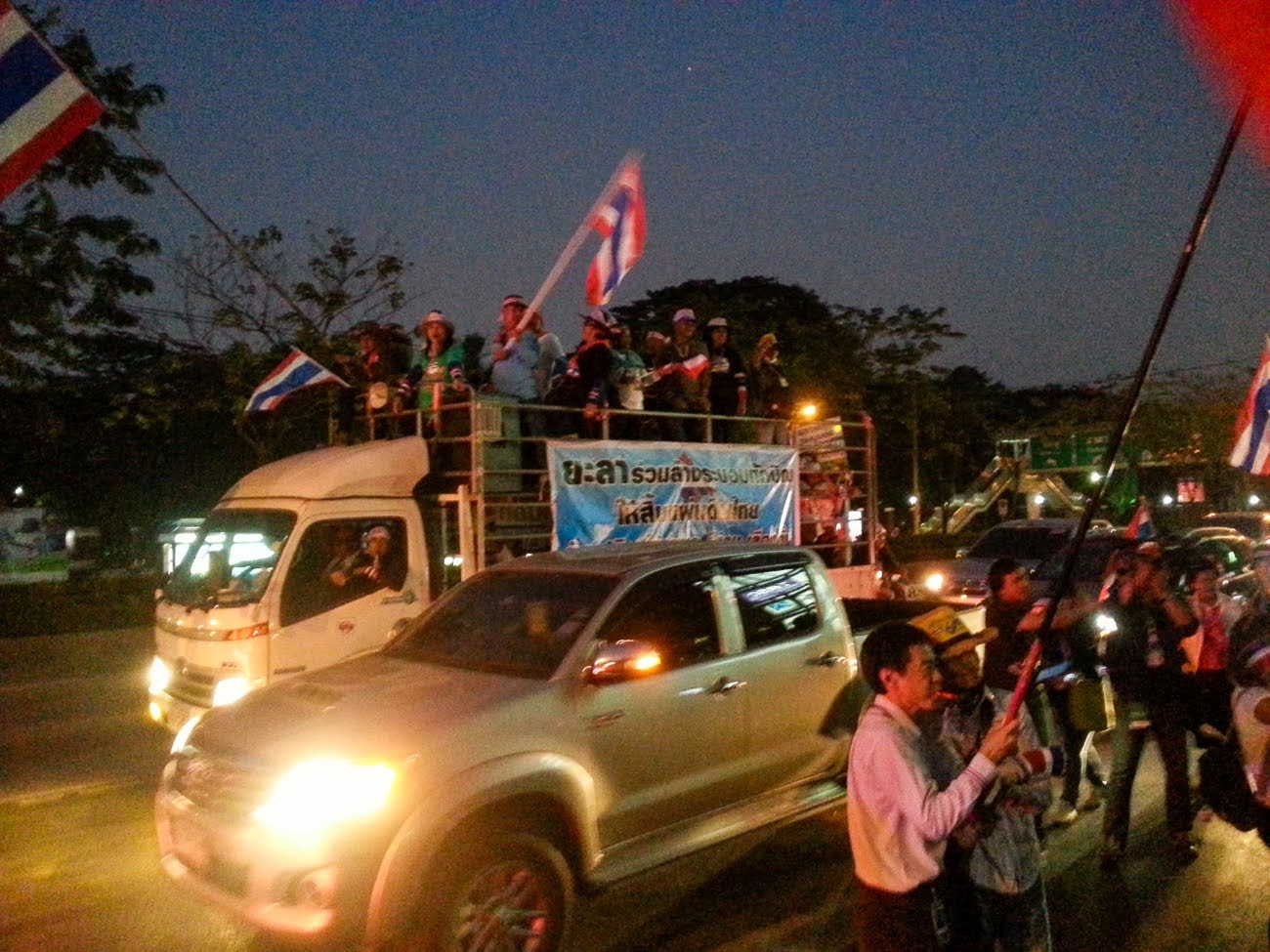 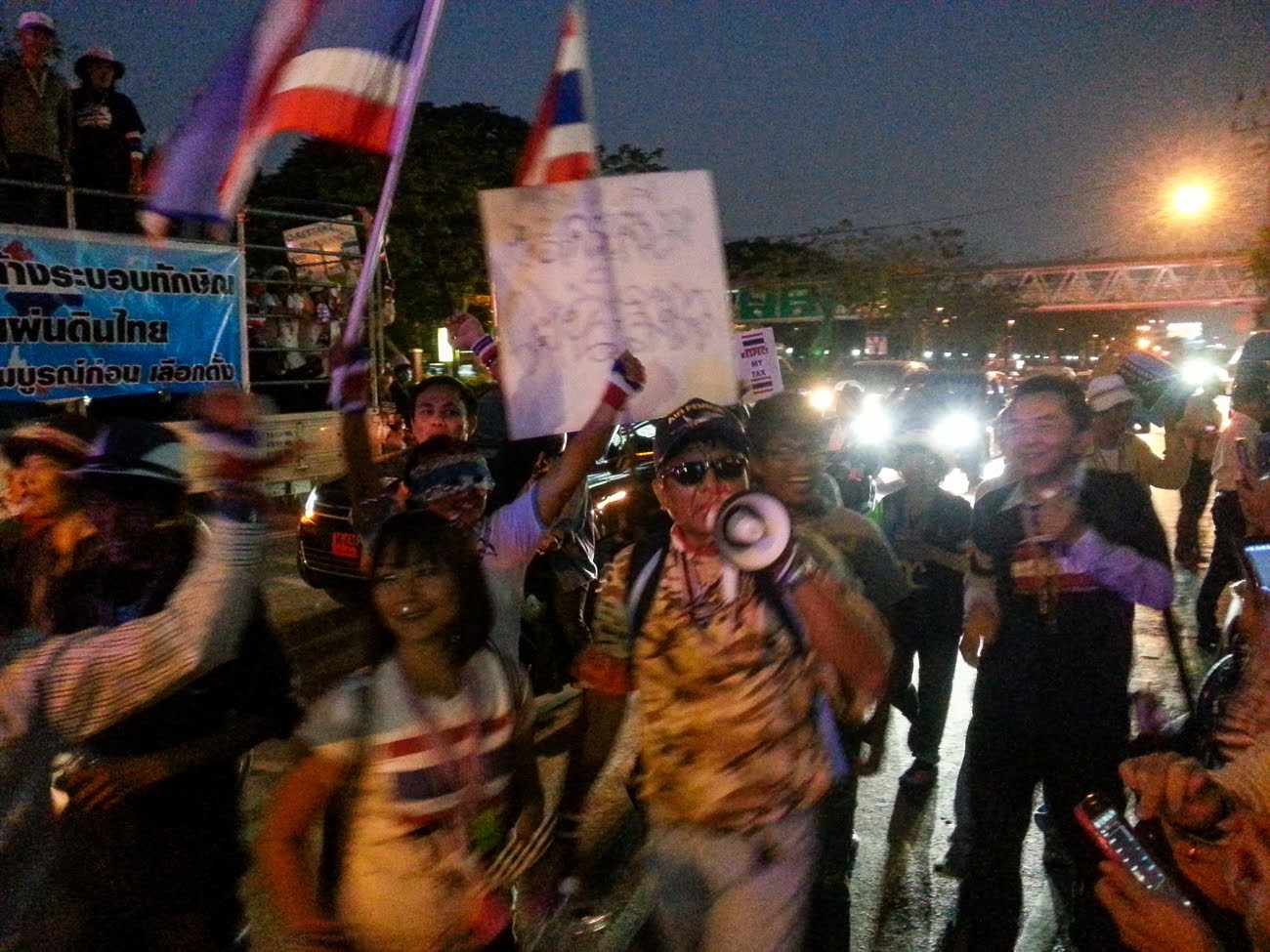 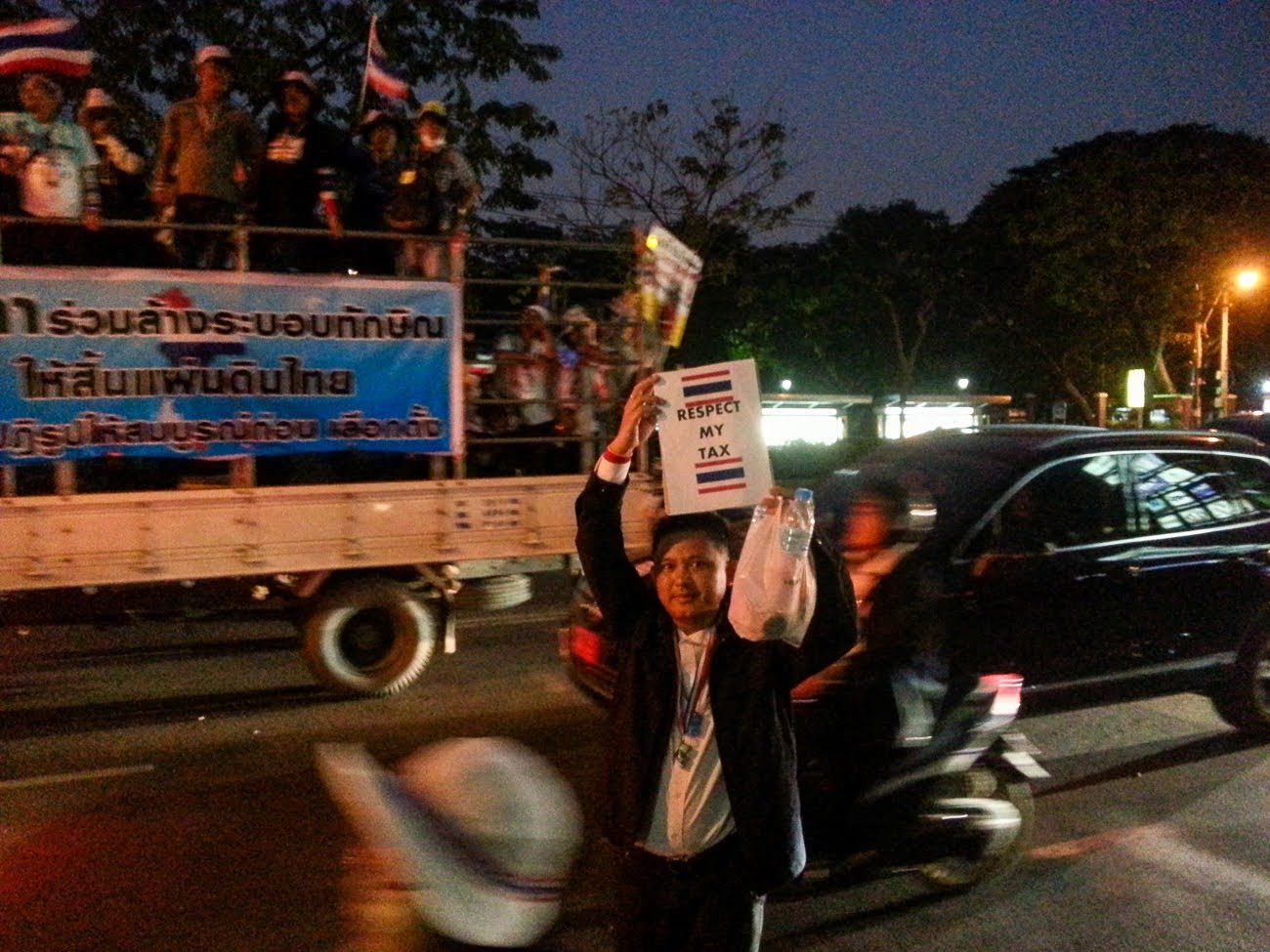 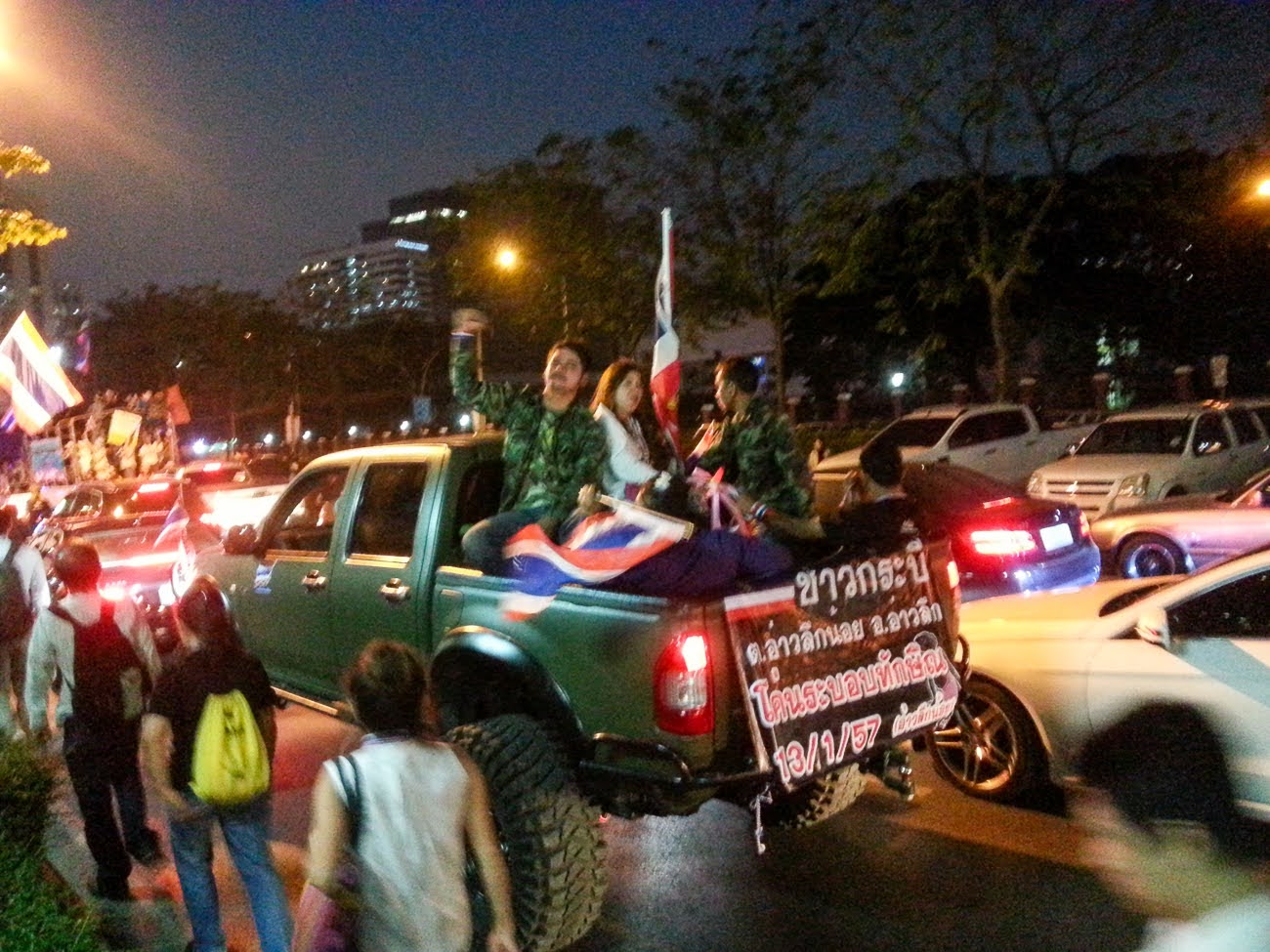 The protester signboard displays about asking a permission to check your belonging at the barrier in front of Dusit Hotel. 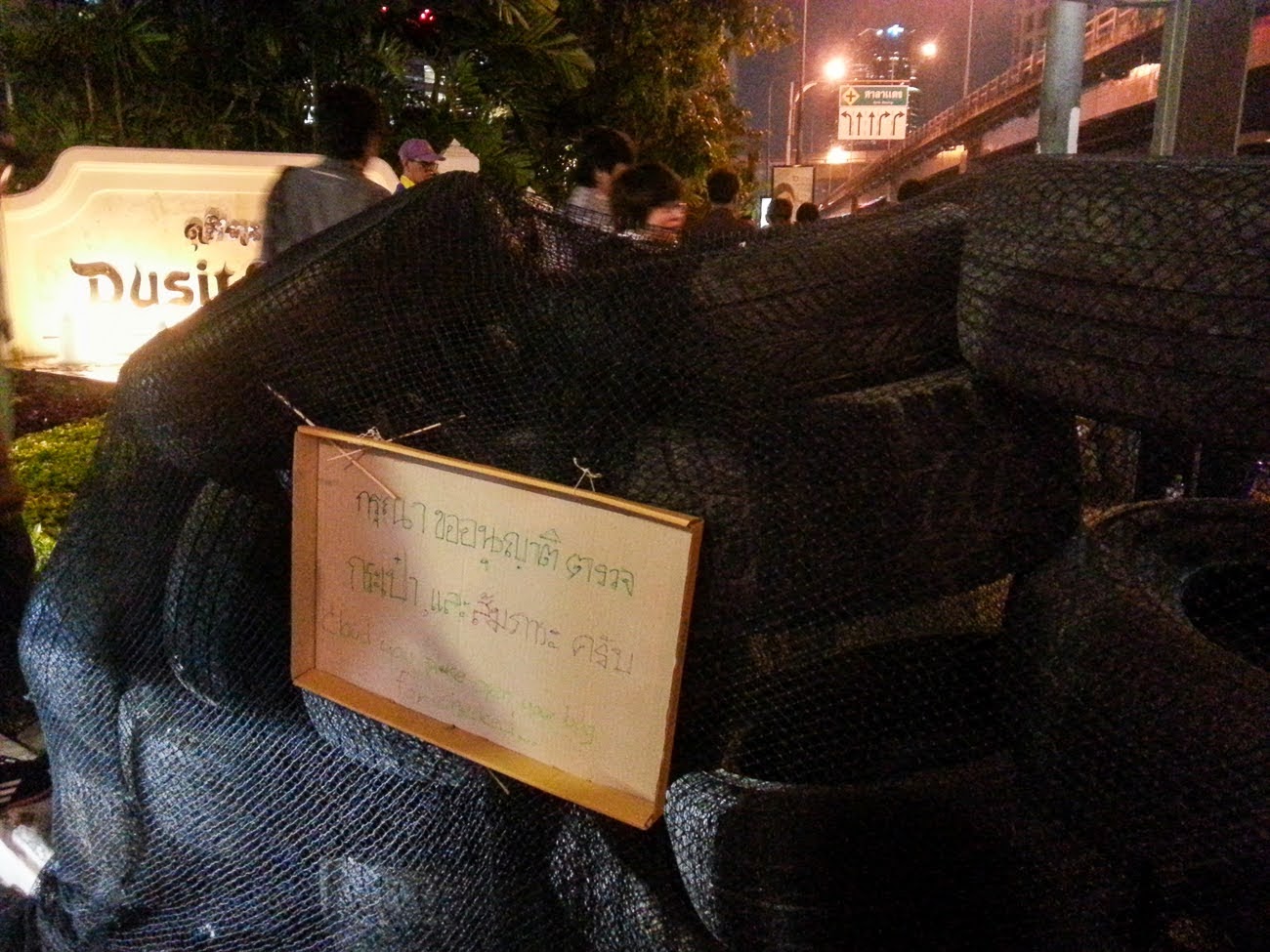 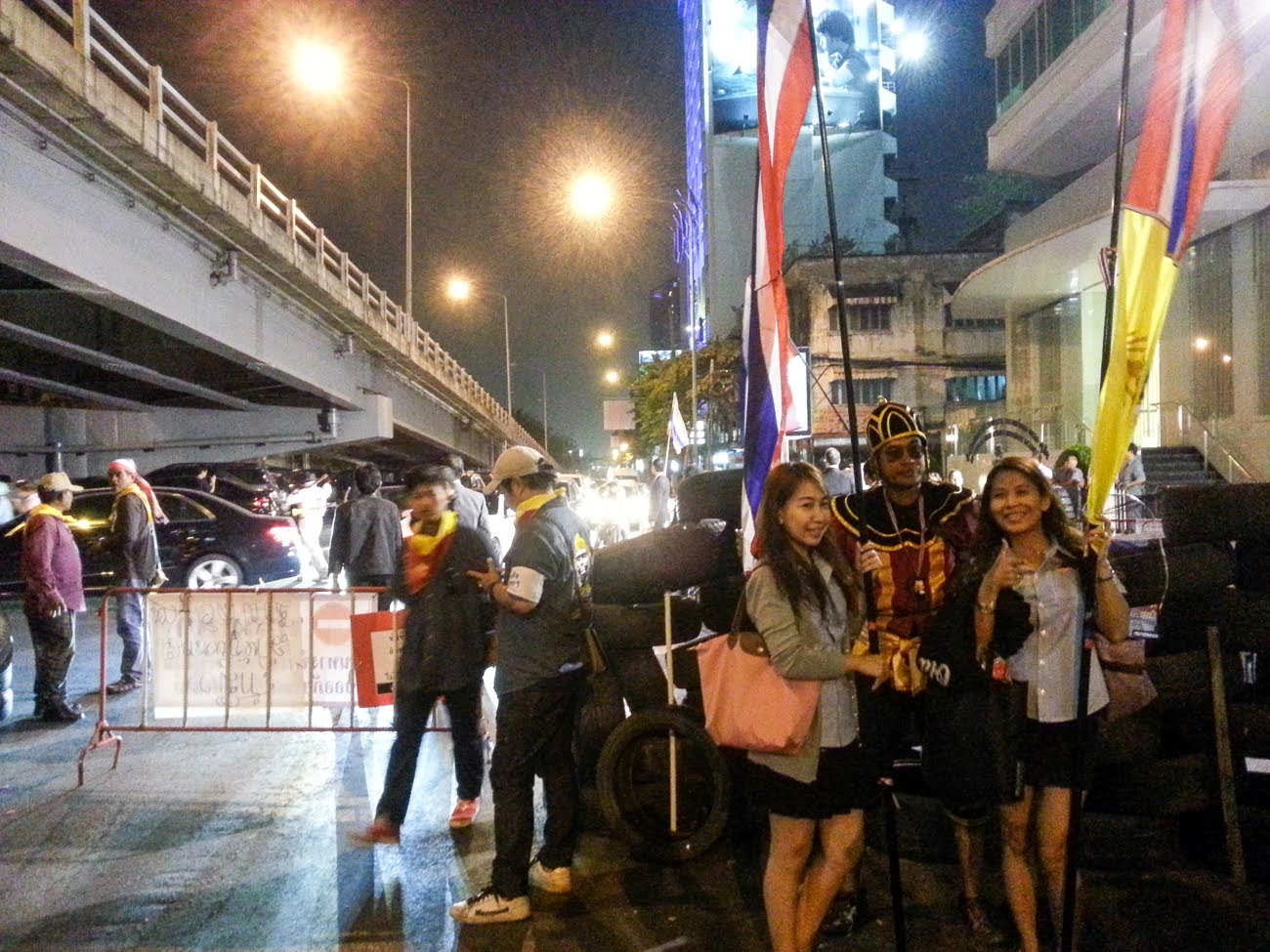 Suthep made a speech at Lumipi park.