The junction between Rama IV Road and Sathorn Road still opened only one lane in the morning. There were set of tires blocked two lanes of Thai – Belgium bridge. 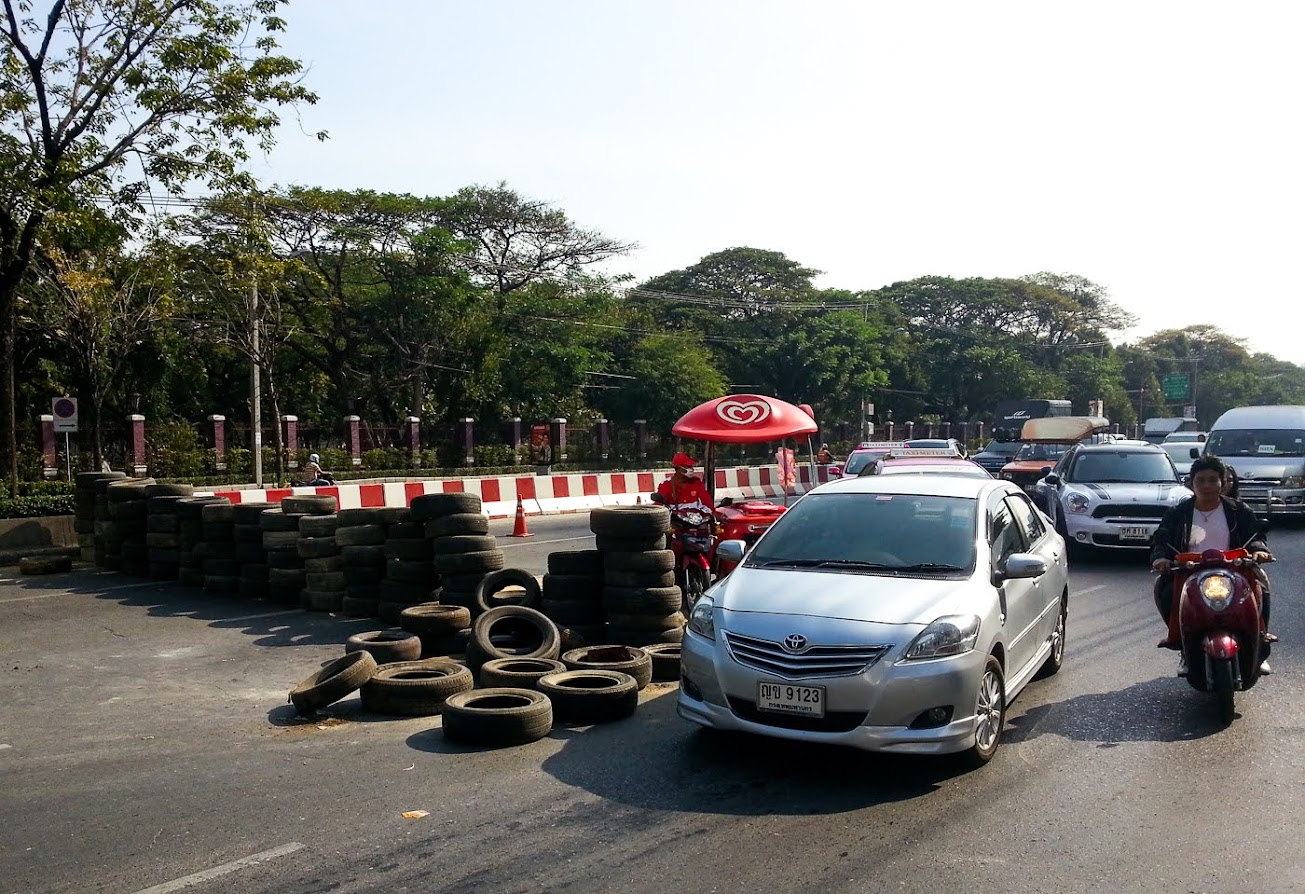 I walked to Silom road in the afternoon. The protesters blocked the road from Silom junction to Soi Convent. 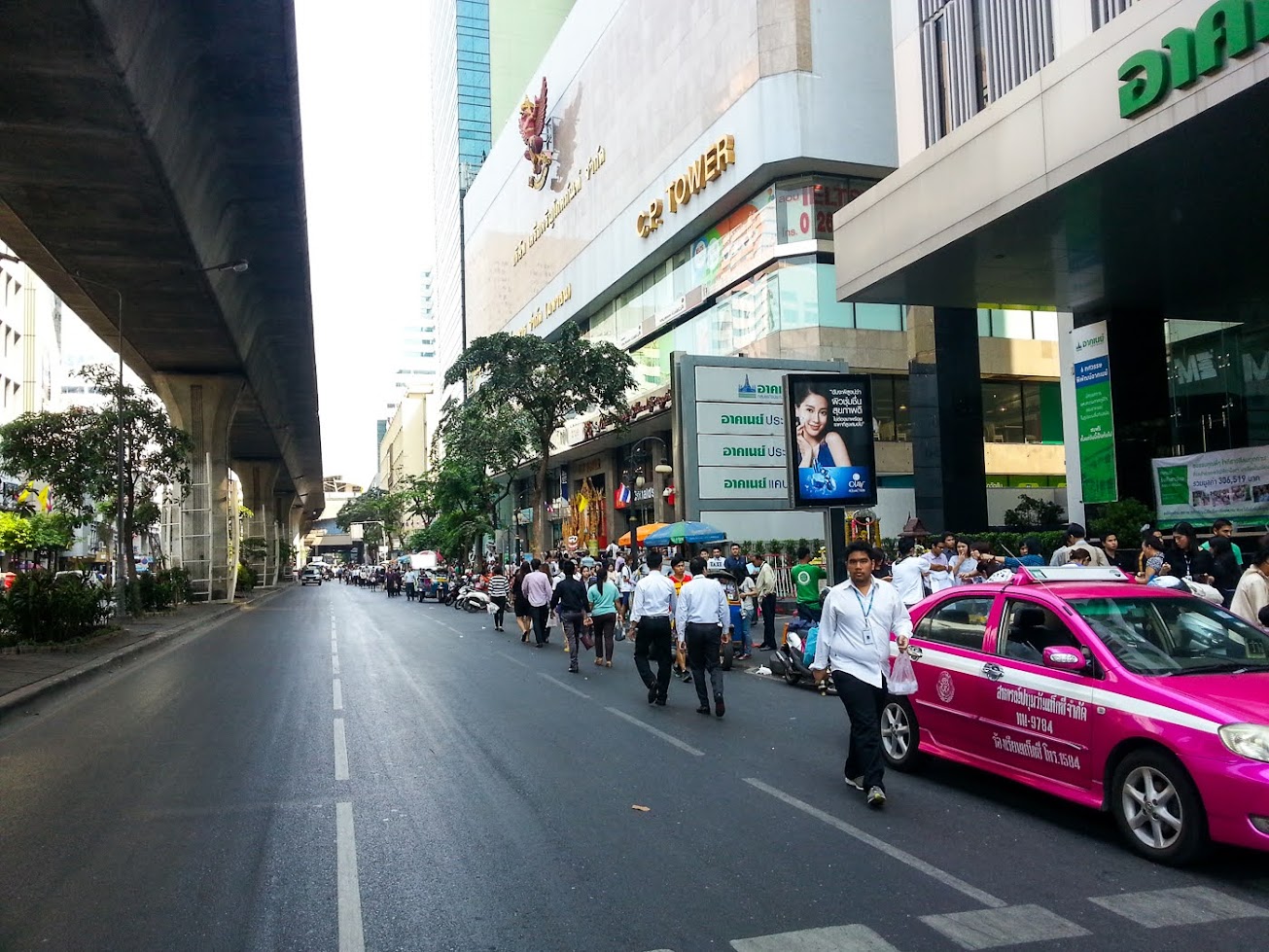 When I walked back to my office, I found that the protesters still blocked the bridge from Rama IV road to Hua Lamphong like yesterday. 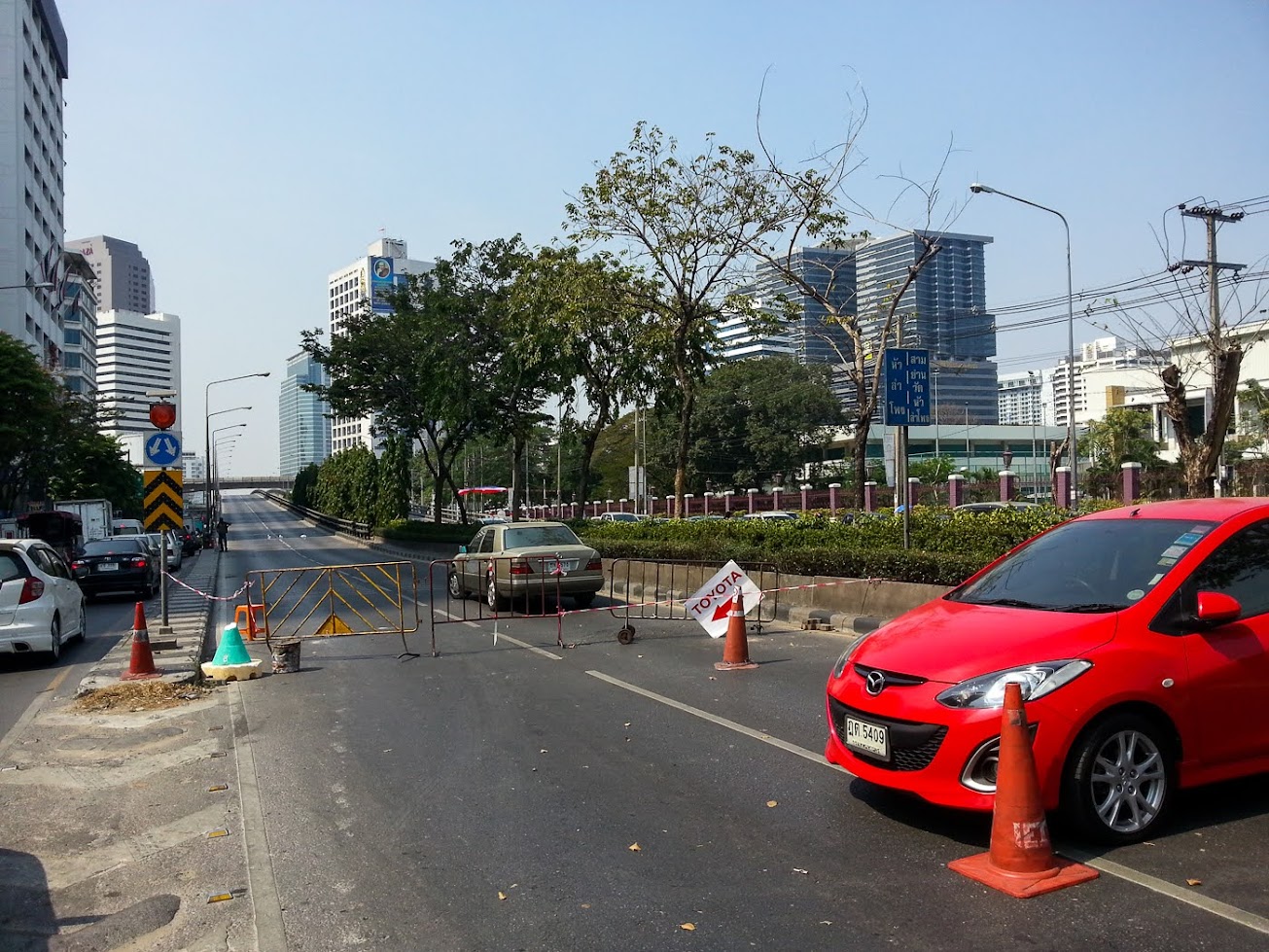 If you drive car to join with the protesters, you can park your car on Rama IV road. 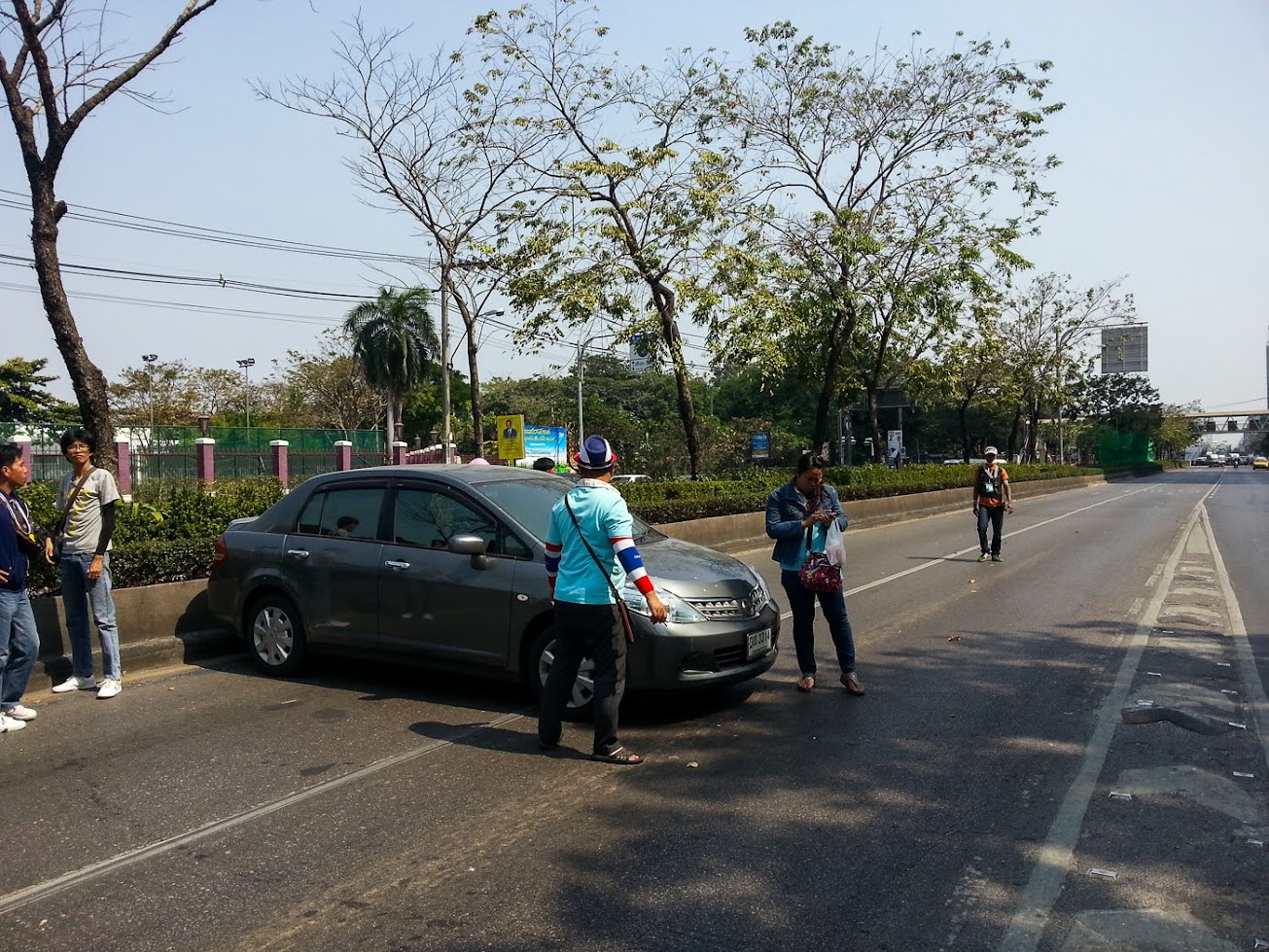 Thai – Belgium bridge was blocked with guards in the afternoon. 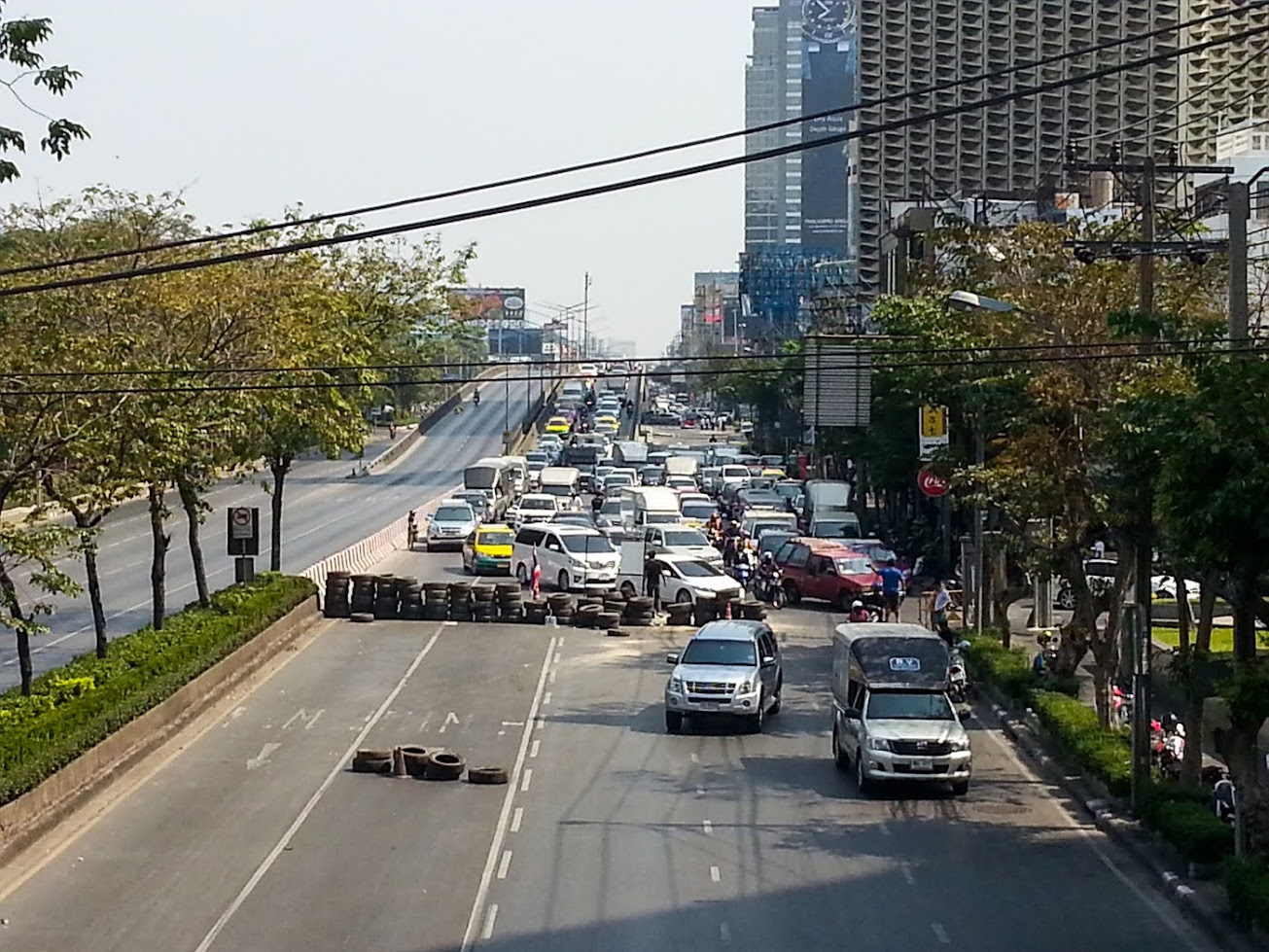 I walked from my office to Saladeang MRT station in the evening. The bridge from Rama IV road to Hua Lamphong was blocked by the protesters, only motocycles were allowed to pass. 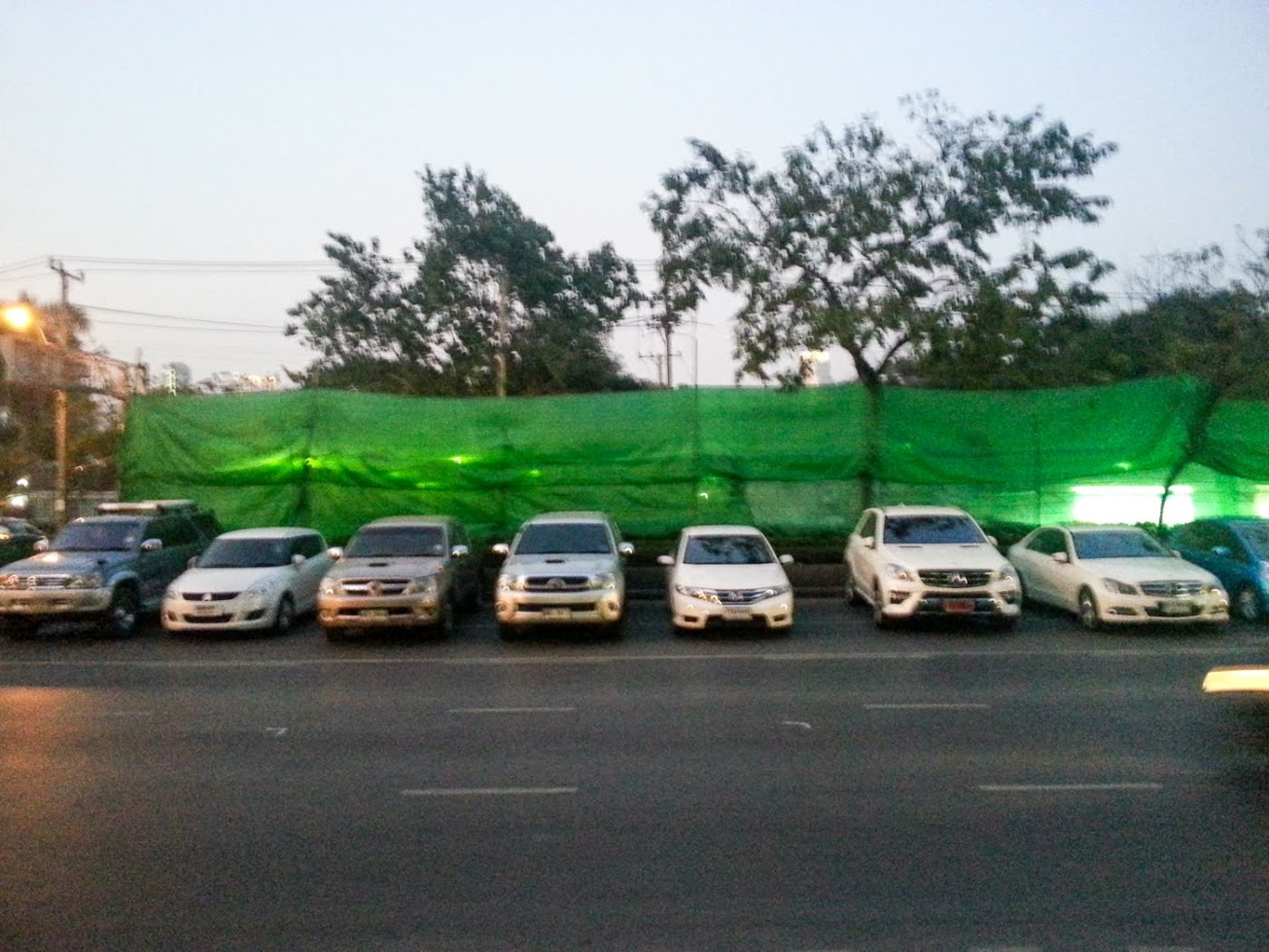 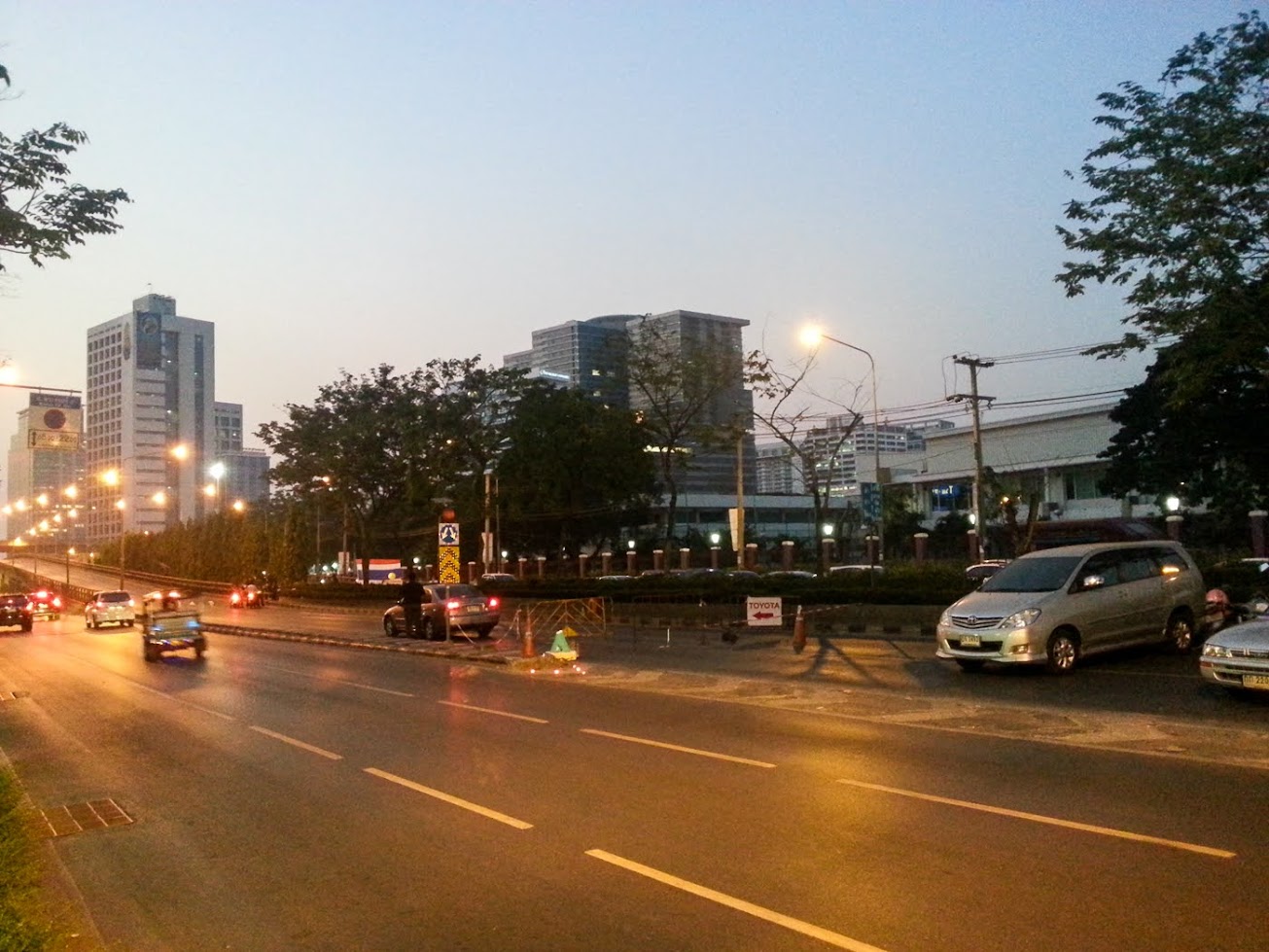 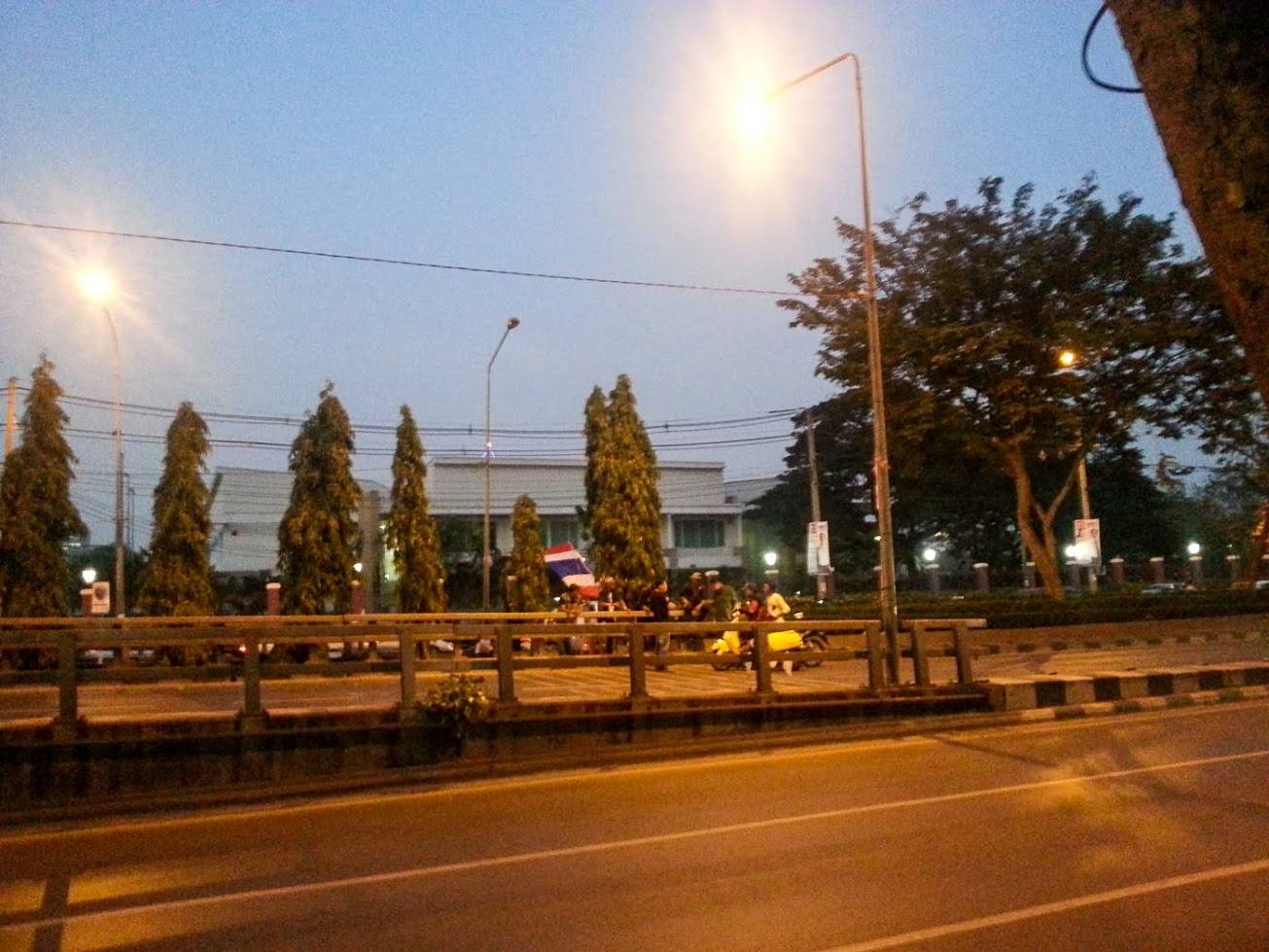 The protesters blocked Silom junction completely, 99% of cars and motorcycles from Rama IV side must uturned at Dusit Hotel. 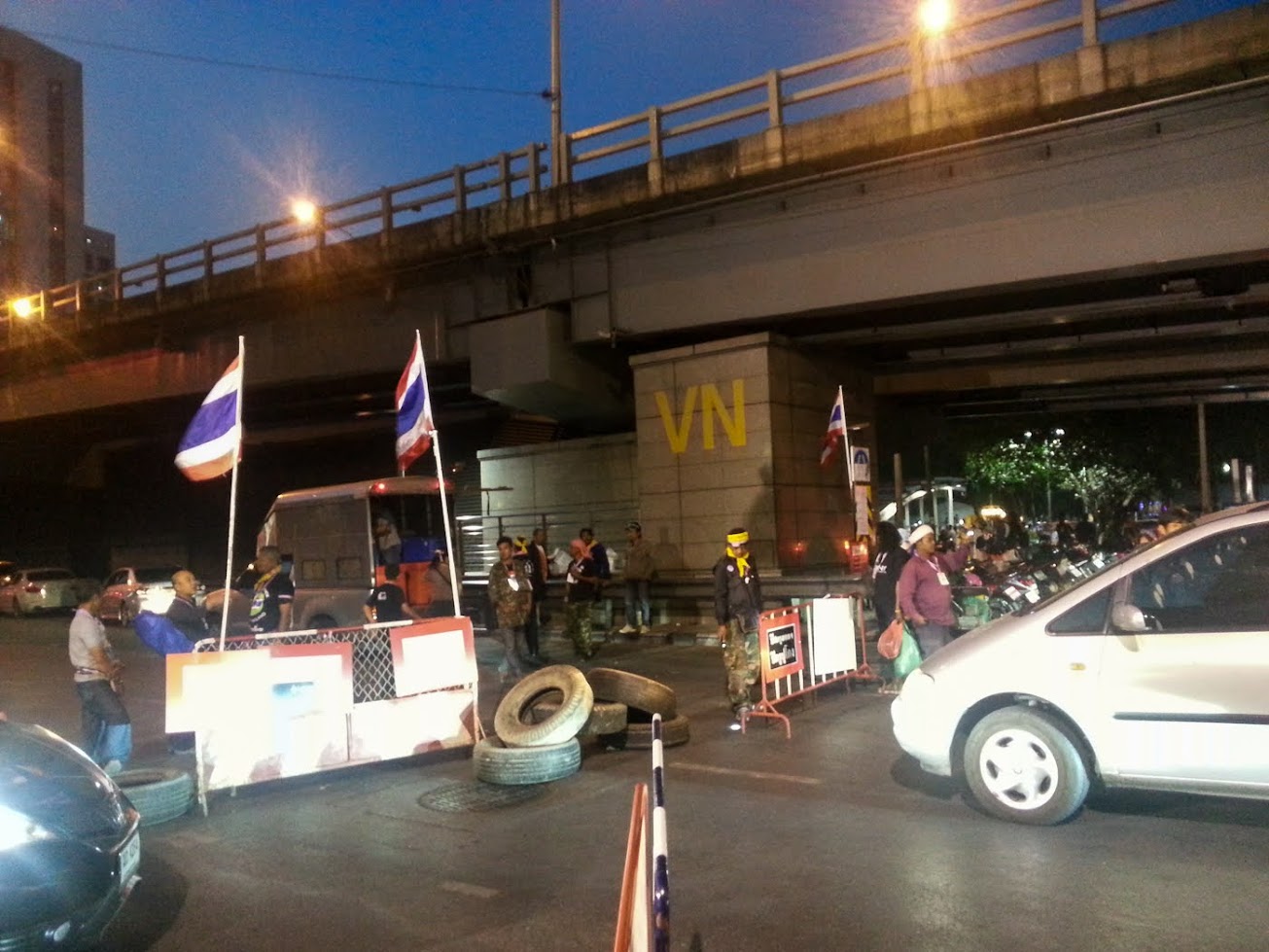 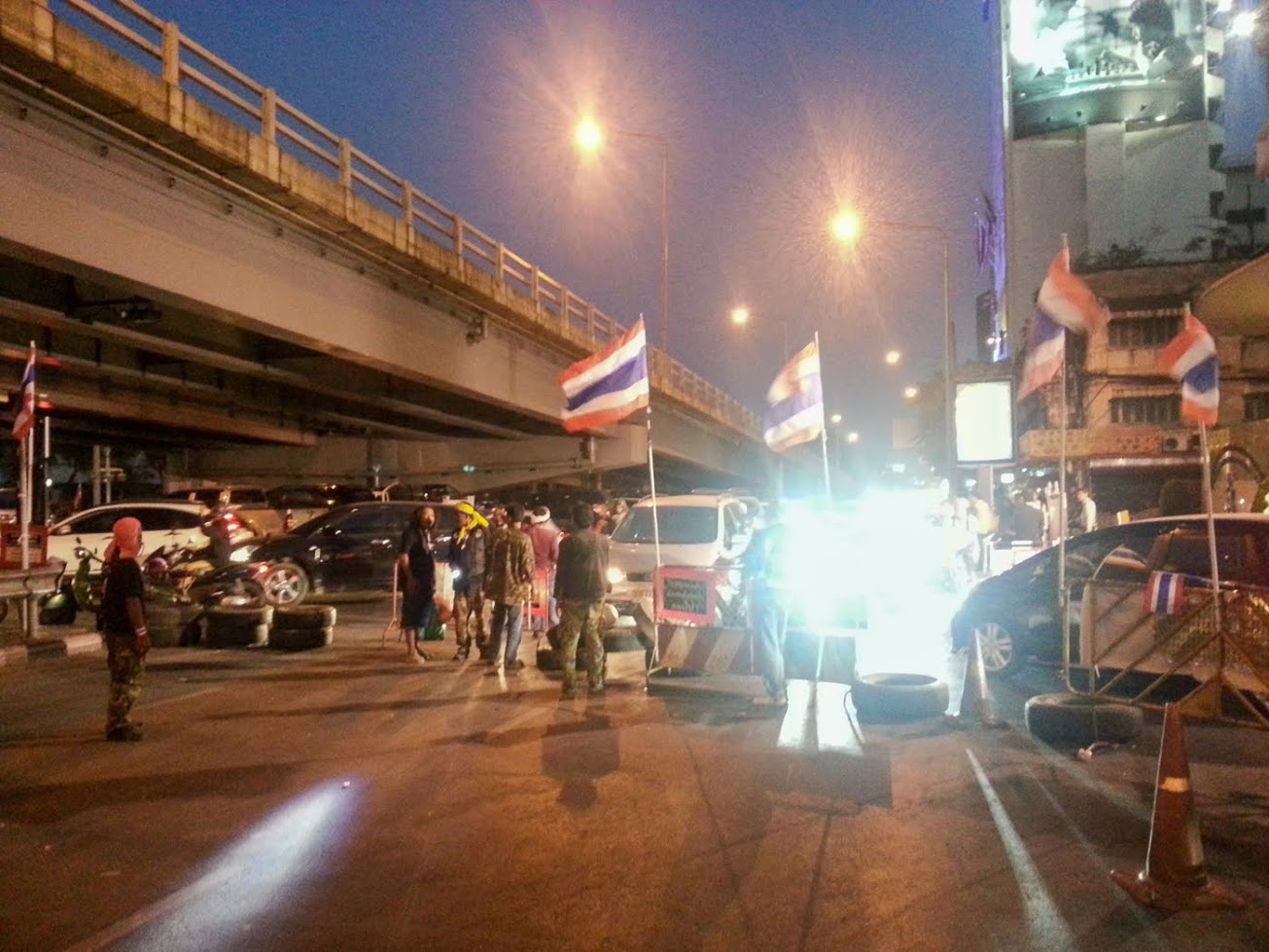 A lot of street vendors sold accessories with Thai flag. 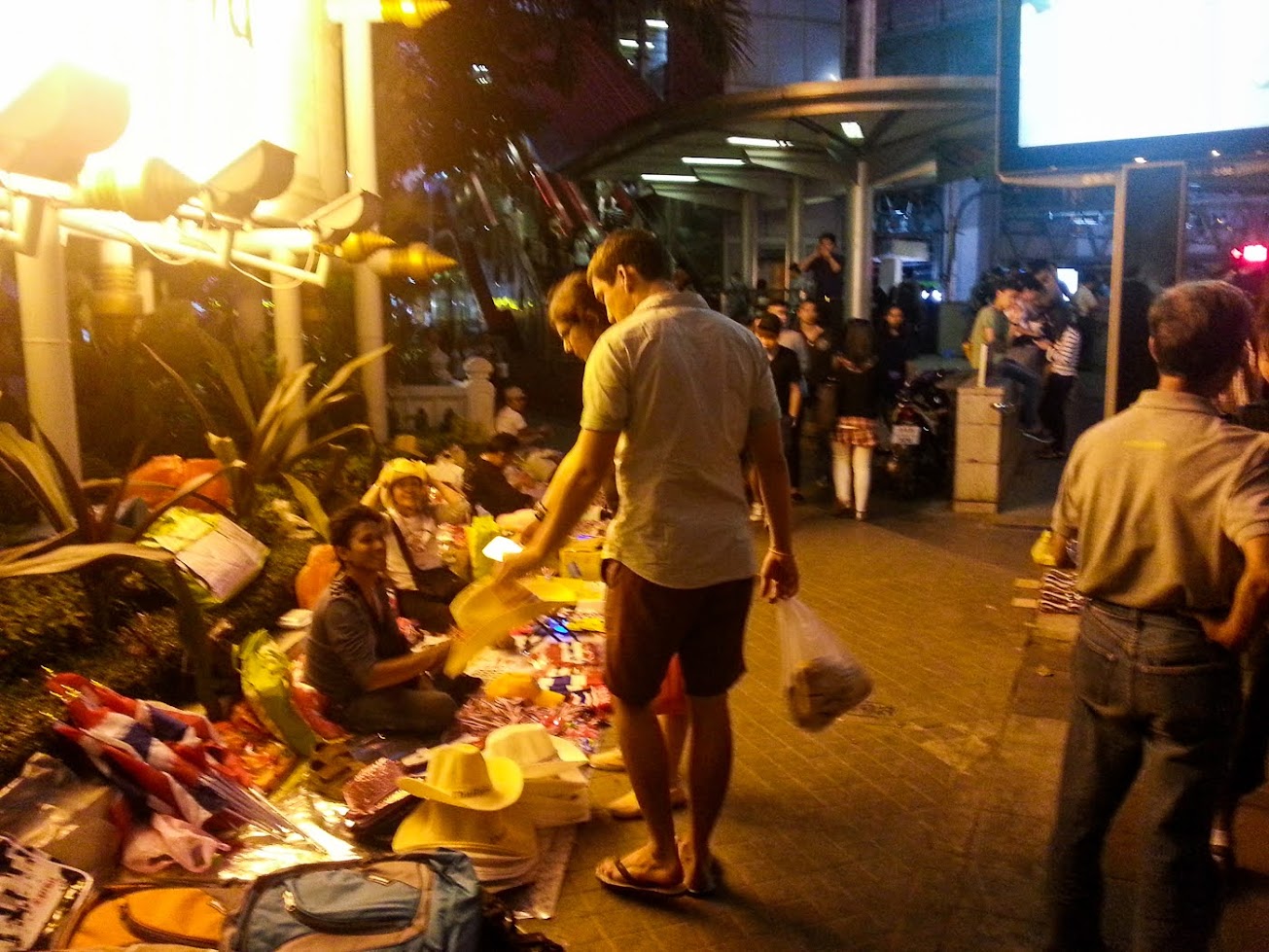 The road from Silom Junction to Soi Convent was completely blocked by the protesters street fair. The protesters main stage was at Lumpini Park. 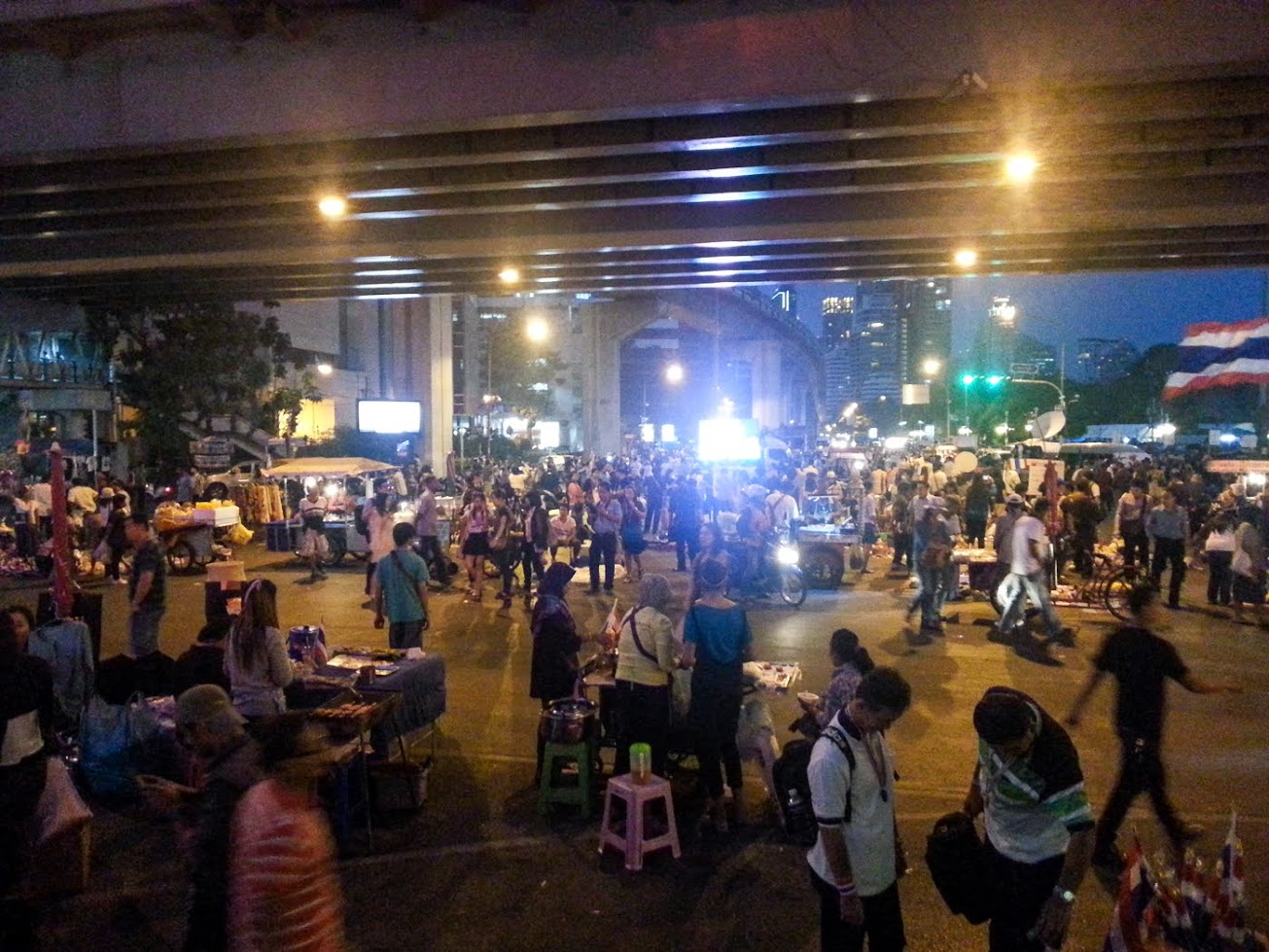 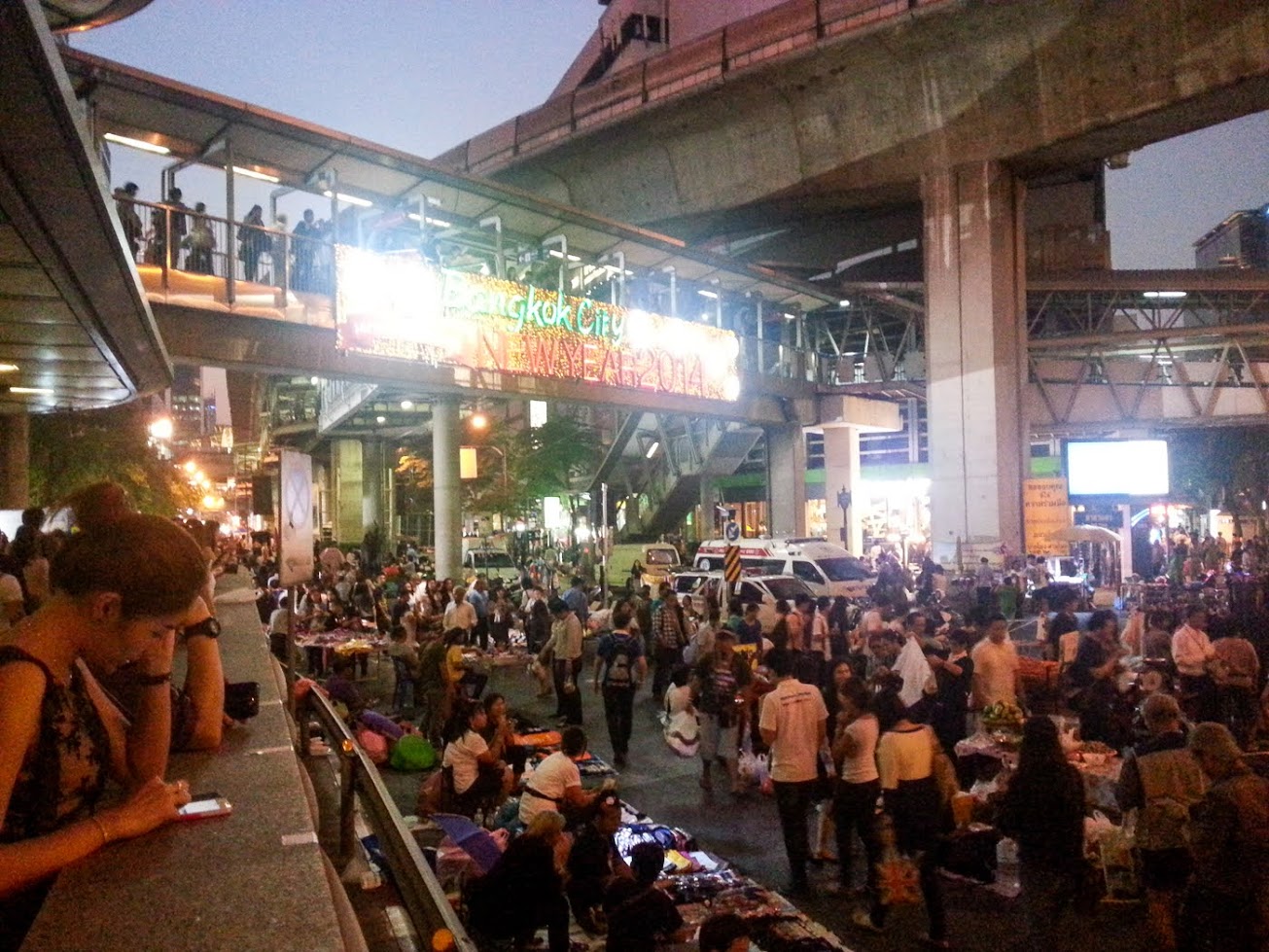 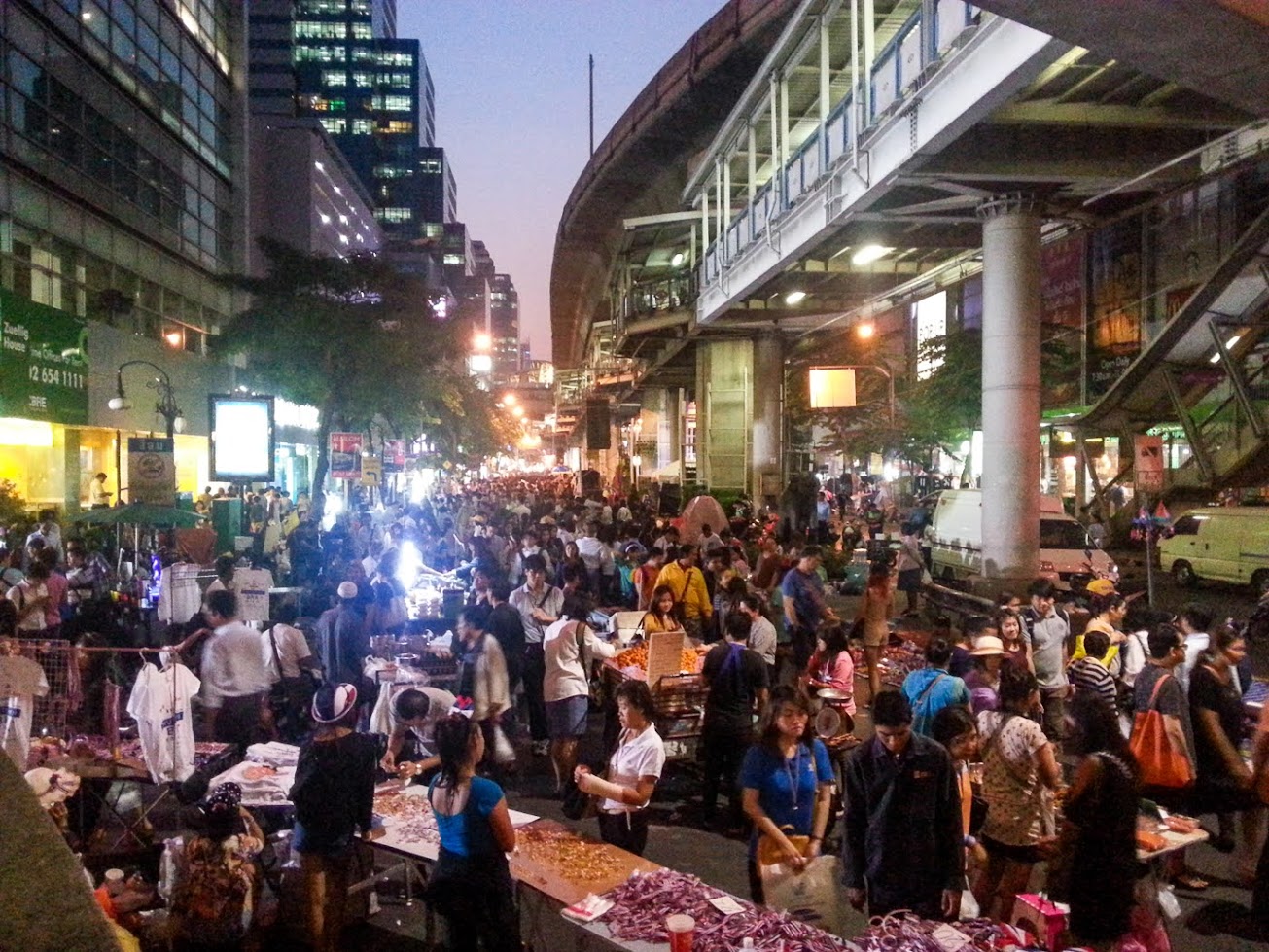