I snapped photos between Lumpini MRT Station and my office.

The junction between Rama IV Road and Sathorn Road opened only one lane in the morning and no guards. The traffic was very bad , motocycles were rided on the footpath. 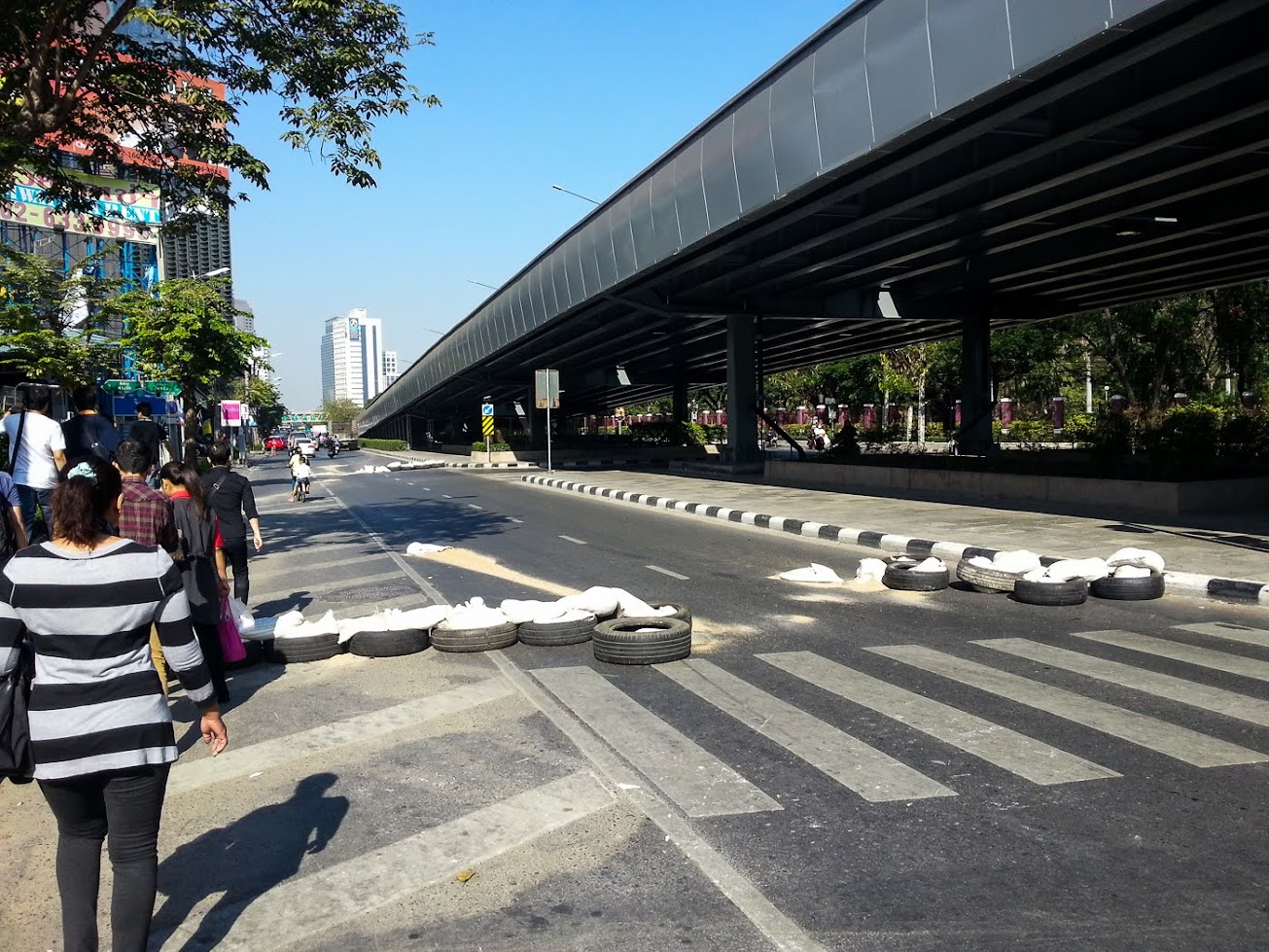 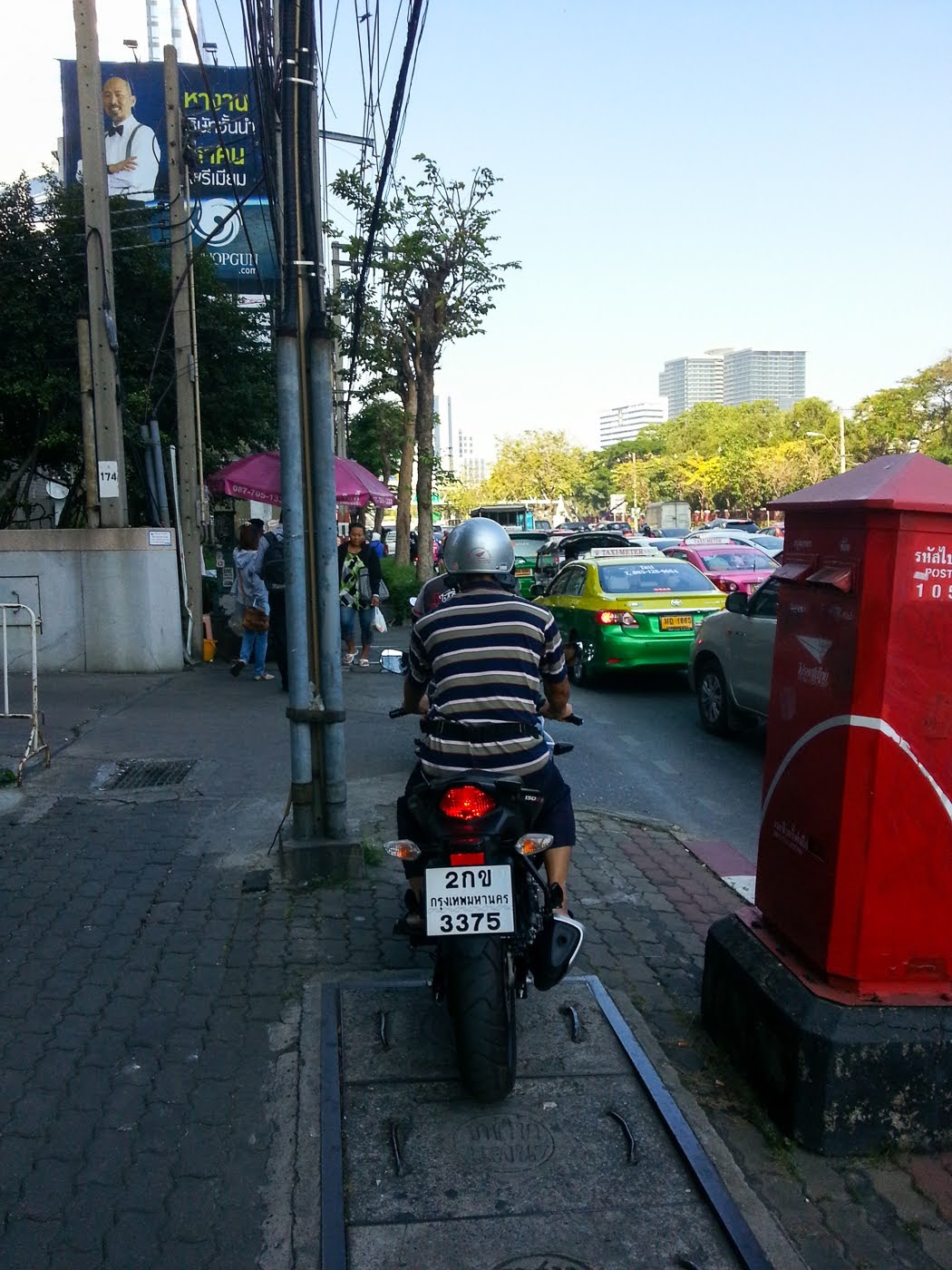 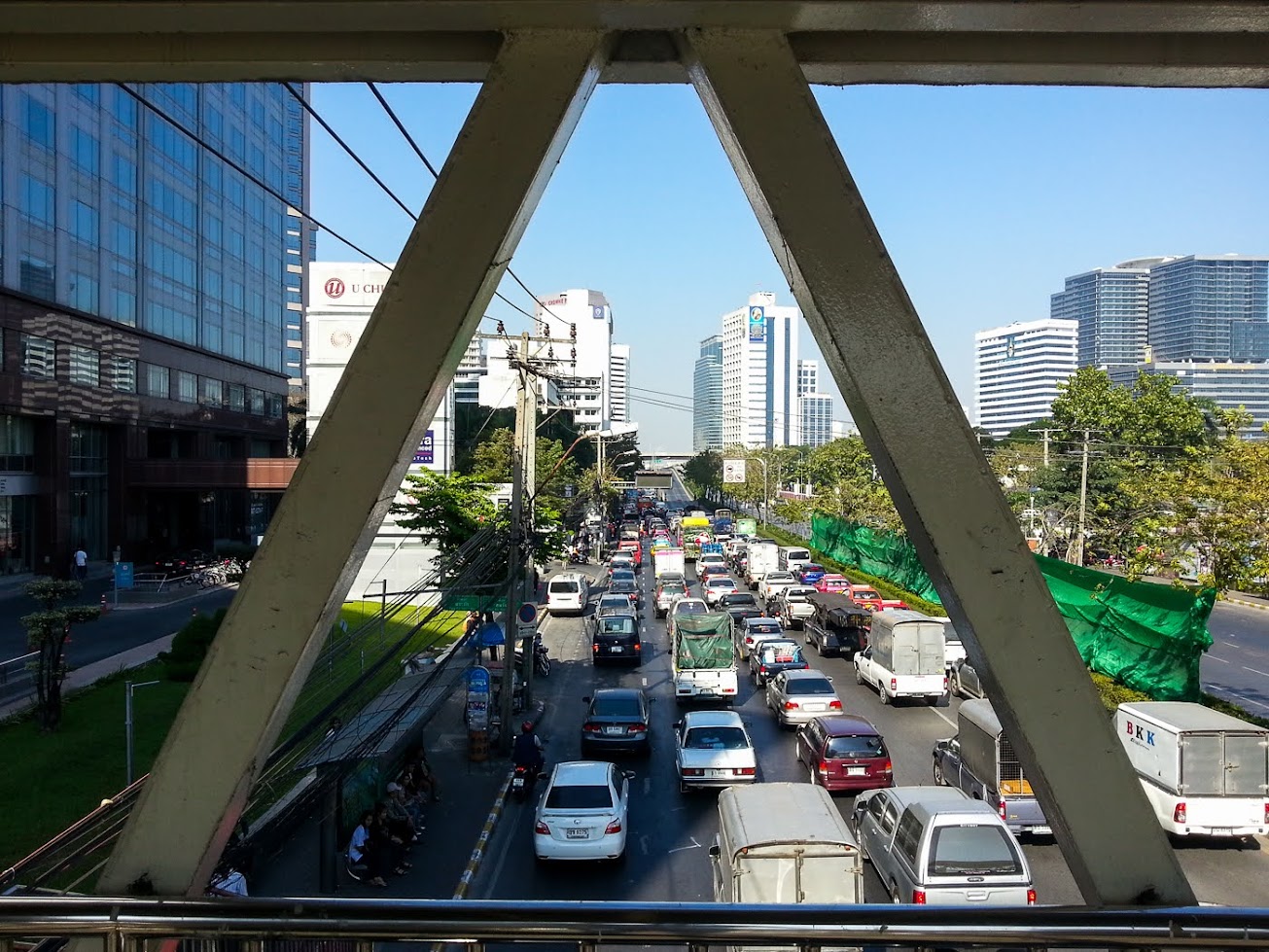 There was one car (ญท 8100) that blocked one lane of the Thai – Belgium bridge which forced most of the cars to changed the way to Soi Saladaeng instead. 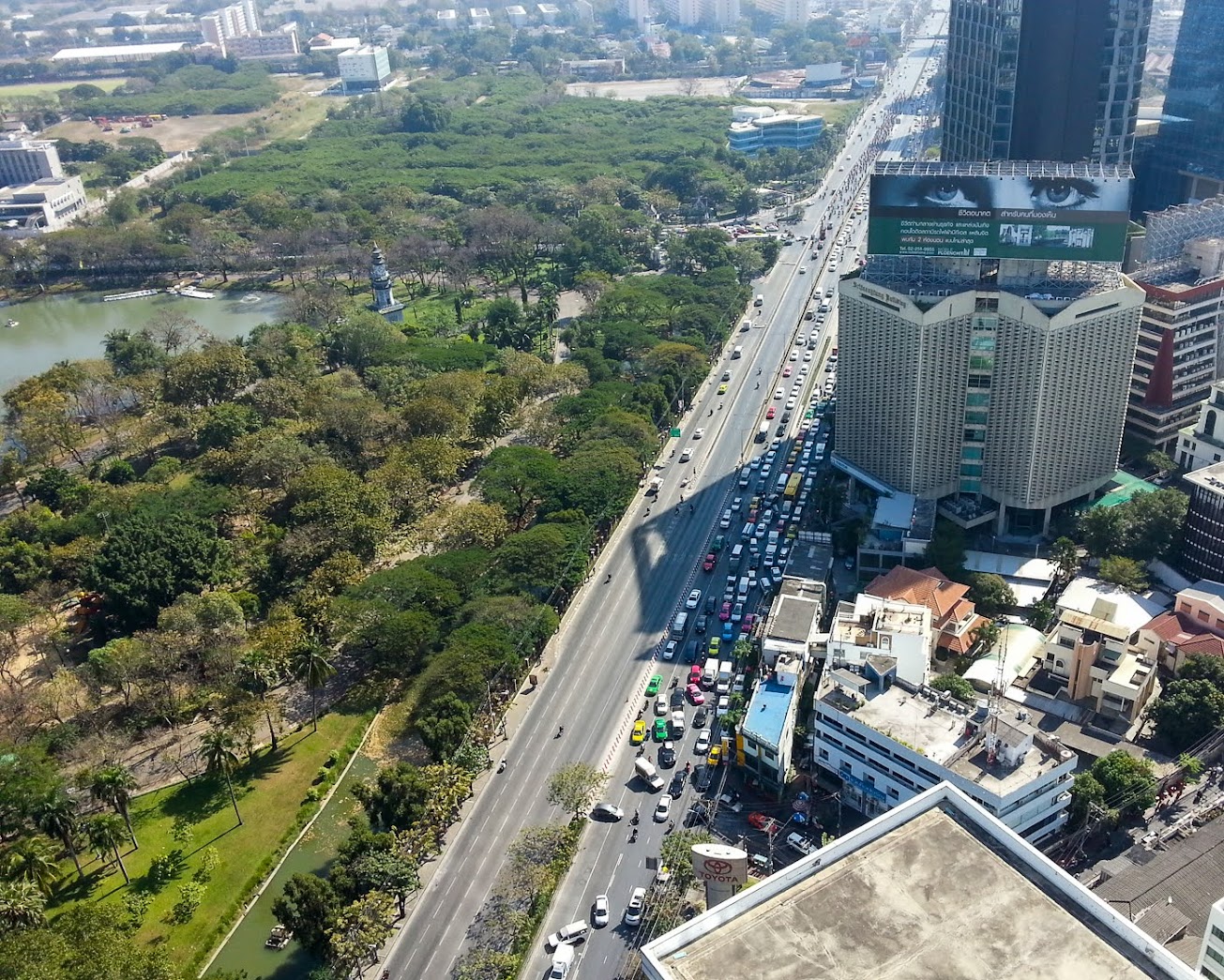 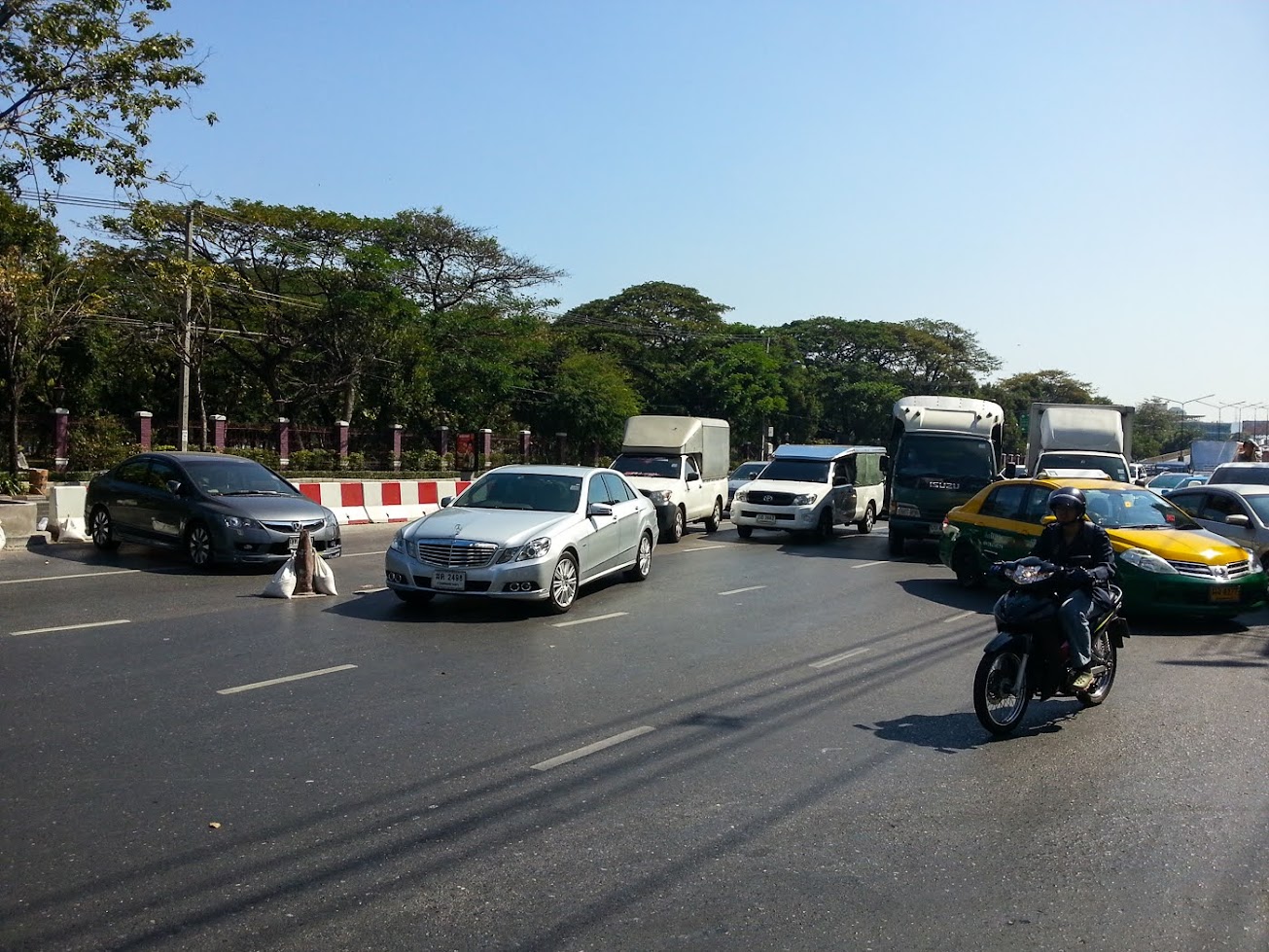 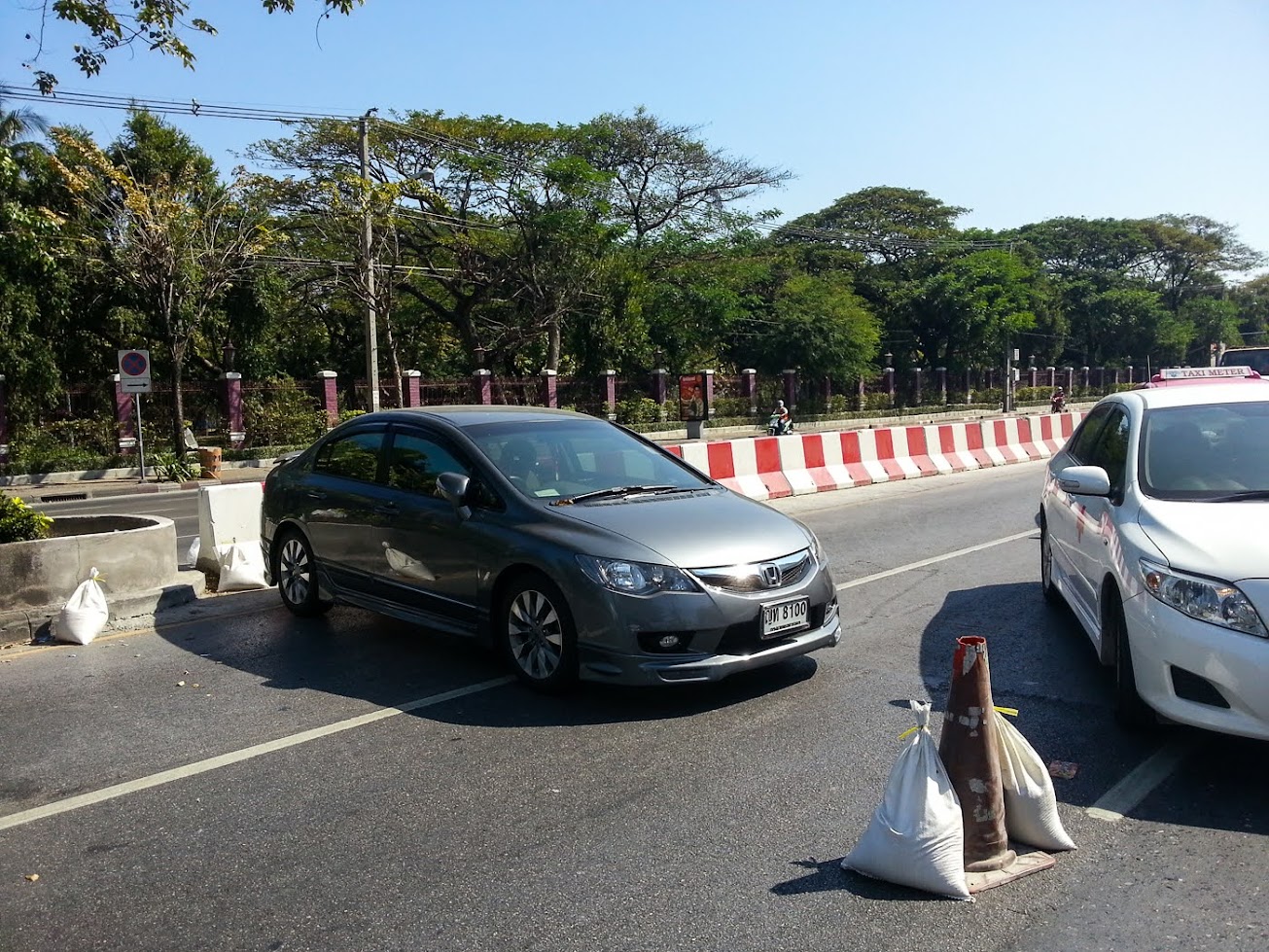 That car was still there in the afternoon. In the evening, the blocked car was gone. The road was almost empty. The protest guards were at the bridge from Rama IV road to Hua Lamphong and blocked all cars that went to that bridge. 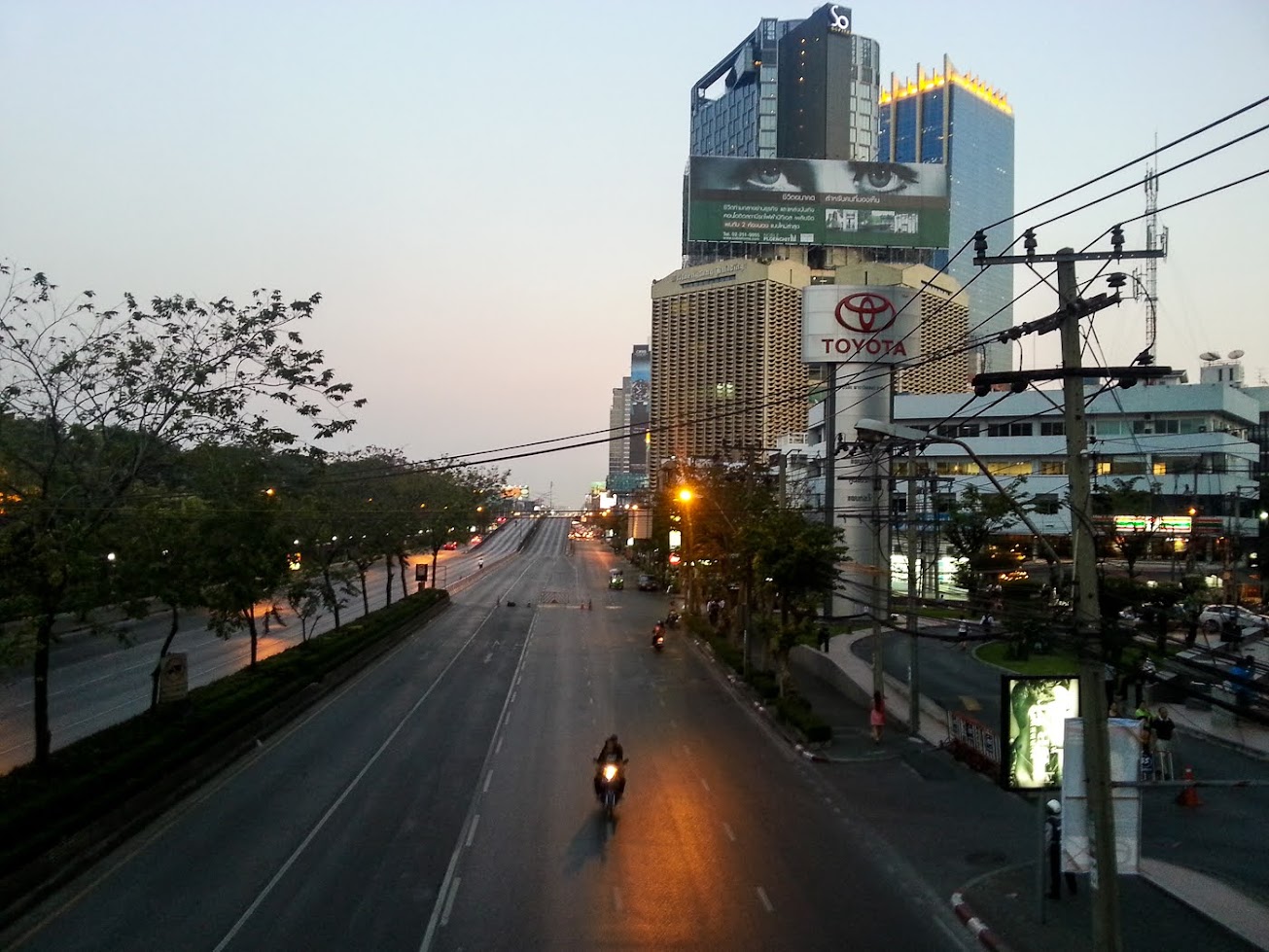 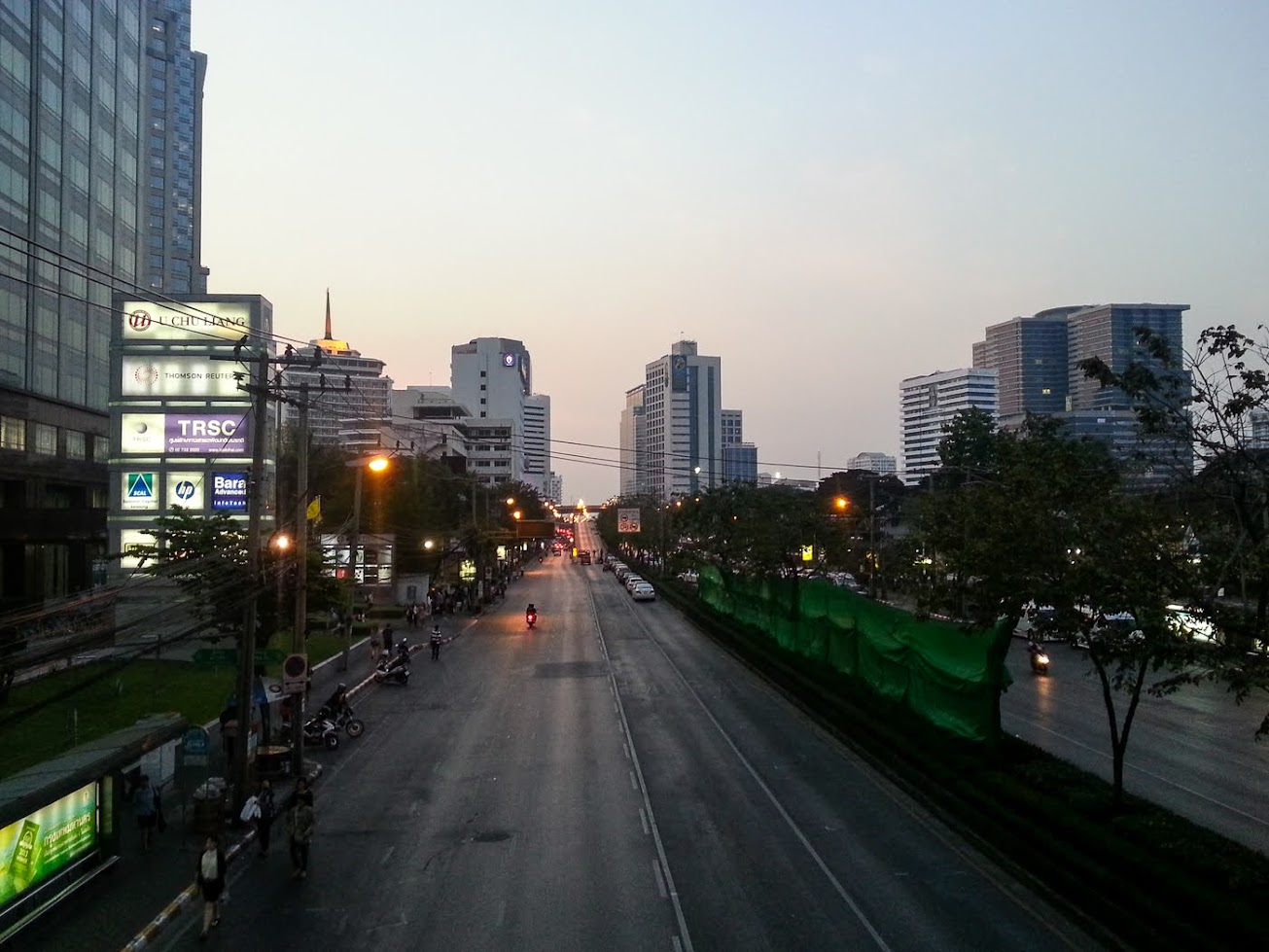 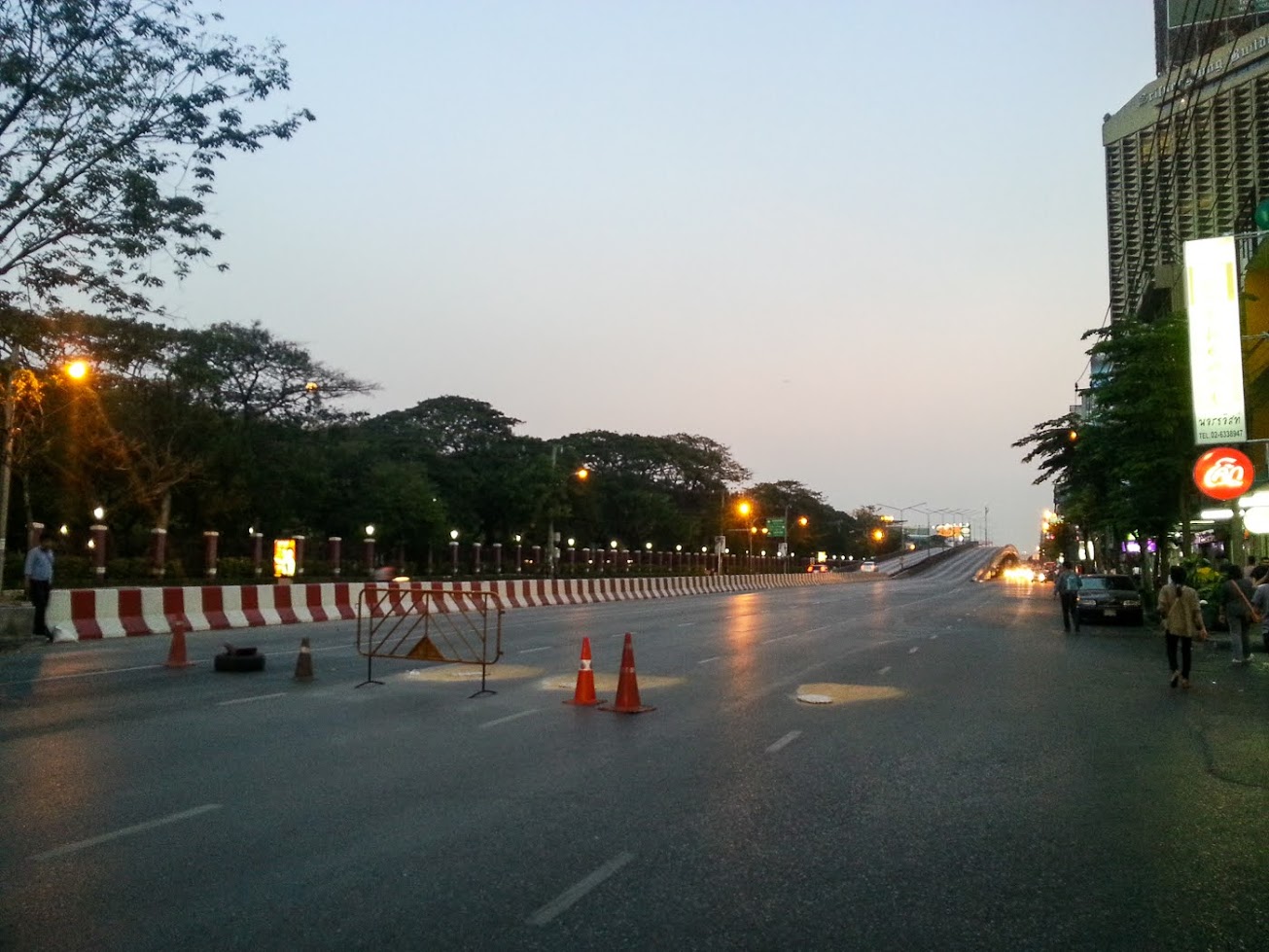 A small group of protesters rided motocycles, blowed a whistle and shouted “get out”. 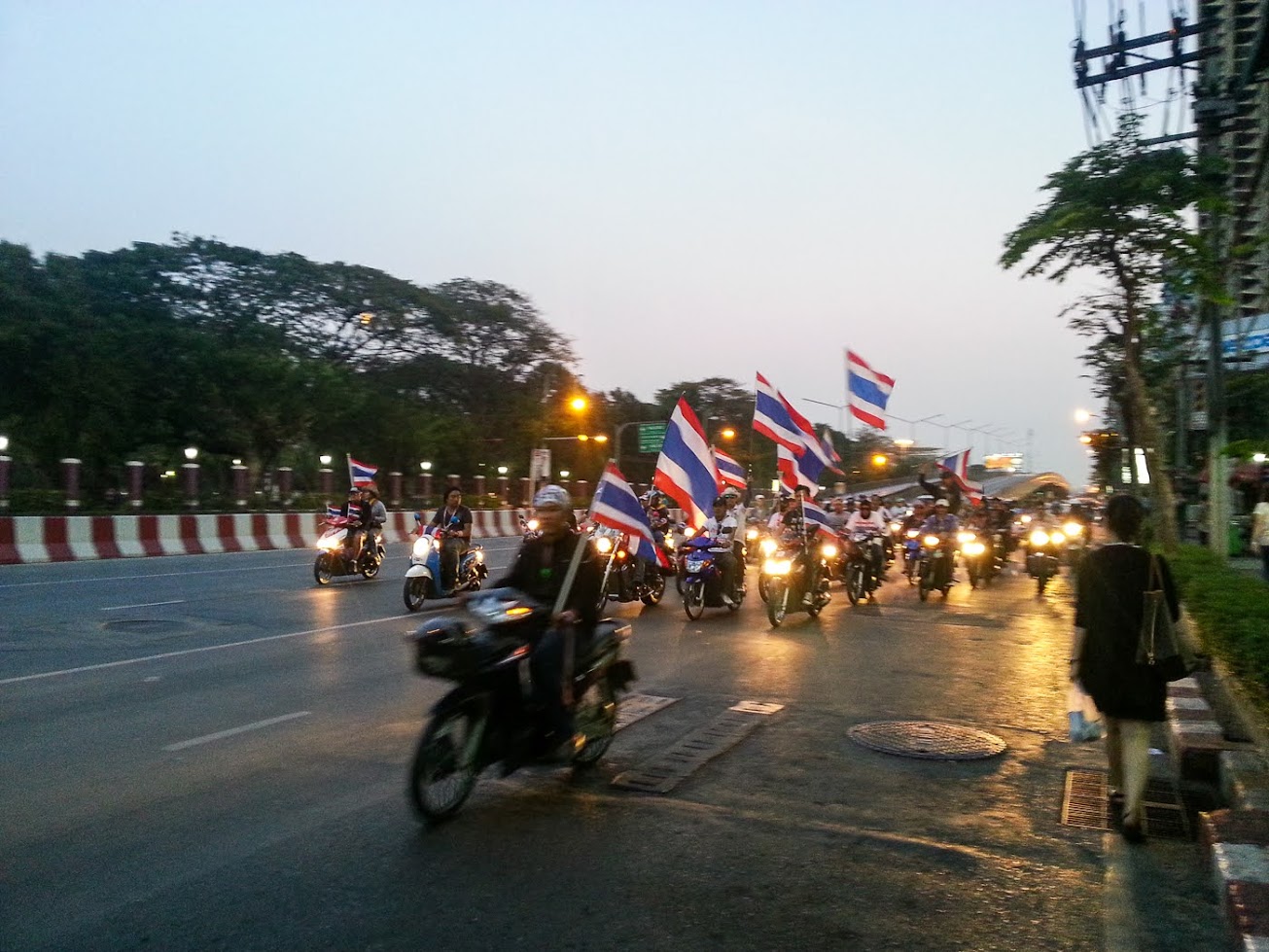 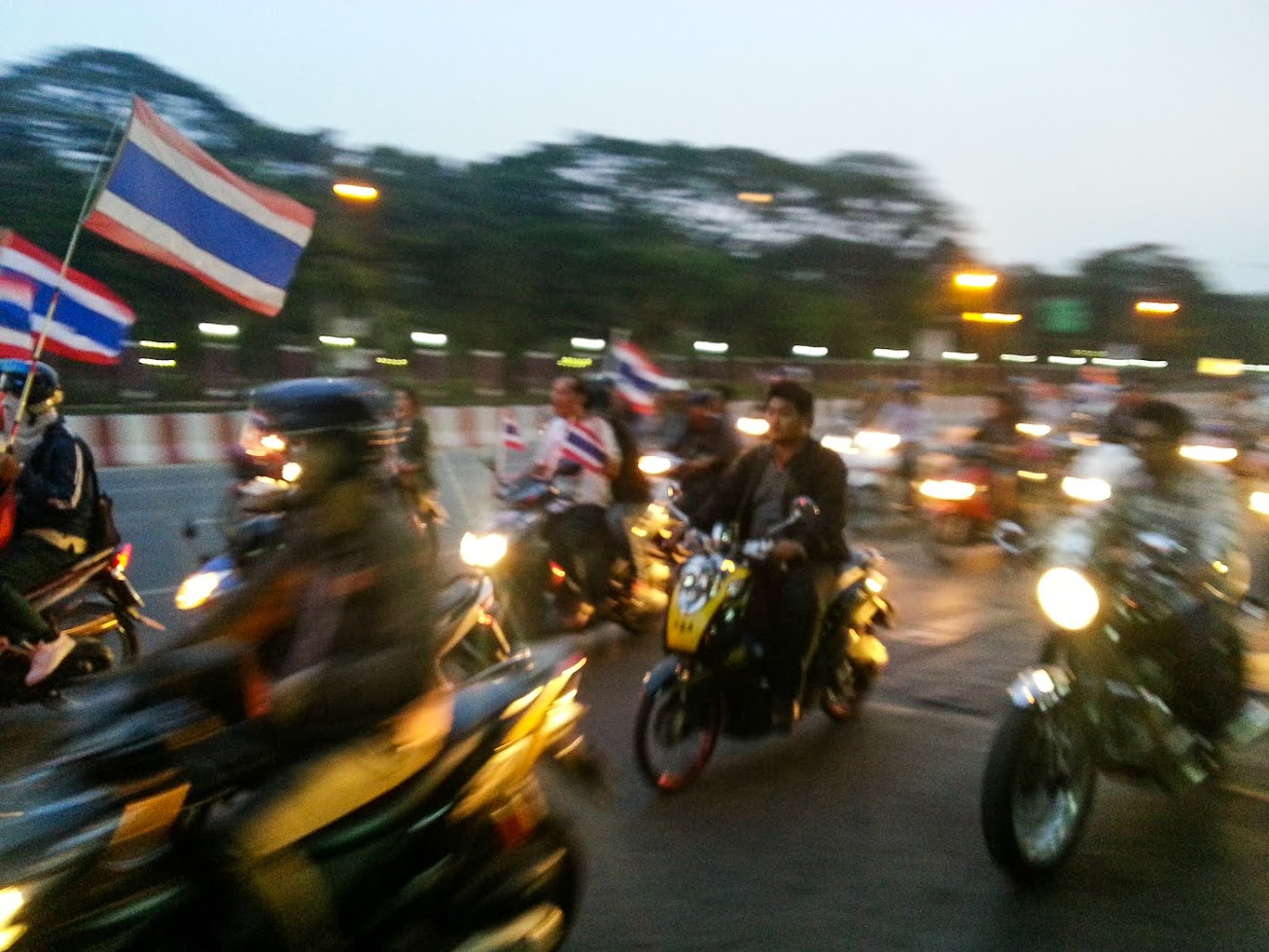 The junction between Rama IV Road and Sathorn Road was opened only one lane again. 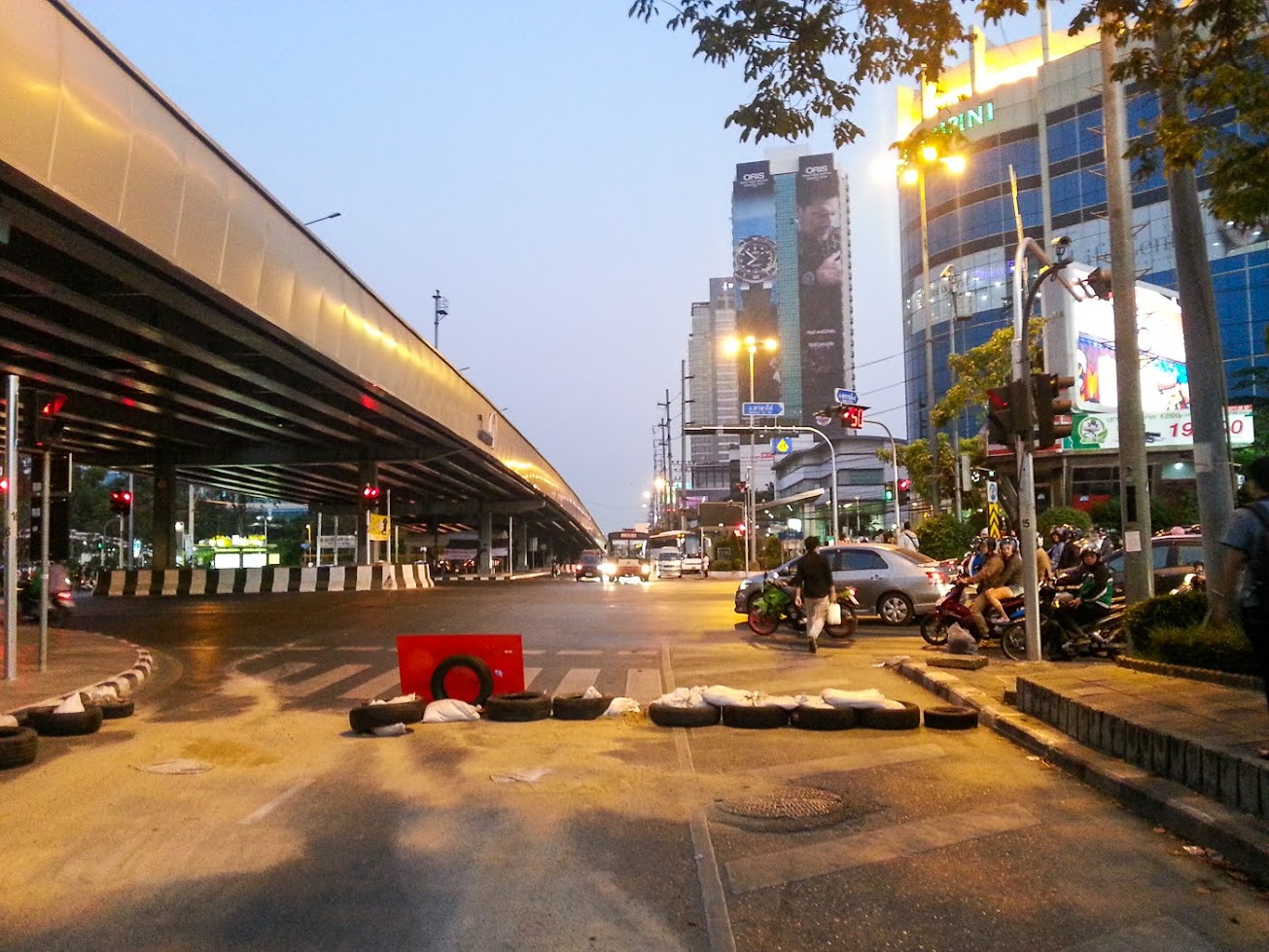